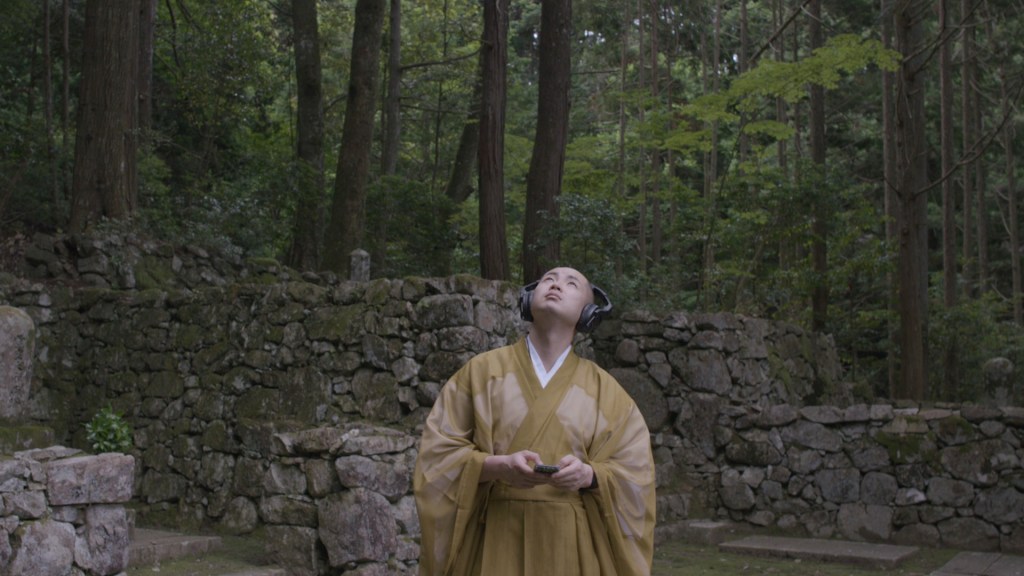 Two diamonds from the Bay Area movie scene get their chance to shine starting this week.

After a two-year absence, the San Francisco Silent Film Festival returns May 5-11 with its packed 25th schedule at the Castro Theater.

In San Rafael, the sixth DocLands Documentary Film Festival is taking place at the Smith Rafael Film Center with in-person screenings May 5-12 and online viewing options May 5-11.

Let’s first dive into the rich program of DocLands.

Avid surfers and fans of adventure documentaries should grab the festival‘s opening night pick, the inspirational nail-biter “Wild Waters”. It receives a world premiere. Directed with verve and style by Mikey Corker, “Waters” defies categorization as it traces Matt Knight’s Hecate catamaran expedition to the Savage Isles, which took place after Knight read a treasure hunter’s poetic diary. . Big wave surfer extraordinaire Andrew Cotton joins the crew in an attempt to ride iconic waves in wild and unpredictable waters. As is the case with many sporting or artistic endeavors, plans change, leading the crew in surprising, sometimes devastating directions. “Savage Waters” is a deeply moving experience, a story of triumph and resilience in the face of seemingly insurmountable odds. Screening: 7 p.m. May 5; Smith Rafael Cinematographic Center.

If you want to get a thumbs up on future award contenders, make sure you don’t miss director Alex Pritz’s eye-opener. “The territory.” The conversation with the talented filmmaker should then be enlightening.

The two-time winner of this year’s Sundance Film Festival finds Pritz throwing us into the heart of a tumultuous battle in the Brazilian rainforest, where members of the Uru-Eu-Wau-Wau indigenous community struggle to protect their land from the illegal settlers who settle by burning precious forests. Told from different angles – activists, Uru-Eu-Wau-Wau people, settlers, etc. – this immersive experience also involves the conservative agenda of President Jair Bolsonaro. It is an exceptional documentary that finds hope in the midst of despair. It is also produced by renowned filmmaker Darren Aronofsky. Screening: 1 p.m. on May 6.

The May 7 line-up includes a screening of “Exposing Muybridge” by Oakland director Marc Shaffer, a fascinating insight into the life and work of 19th-century San Francisco photographer Eadweard Muybridge – a pioneer whose photographs of horses at a gallop paved the way for cinematographic passions. Screening: 8 p.m. on May 7.

California wine connoisseurs will find plenty to enjoy at Lori Miller’s “Living Wine” receive a world premiere. Miller speaks at length with natural winemakers and regional experts about their vow to never use chemical additives and move away from a corporate winemaking structure. This will certainly encourage you to check labels and also look for wineries that adhere to the same protocols and high standards. Screening: 3 p.m. on May 8.

Lisa Riordan, originally from San Francisco, and Zara Katz, originally from Sevastopol, “A Woman Outside” tells the poignant and inspiring story of Kristal Bush, who created Bridging the Gap Transportation, an innovative van program that helps reunite families with incarcerated relatives. Their film, which is getting a California premiere, follows Bush at a pivotal time in his life, when his father and brother return home after spending years in prison. Screening: 5:00 p.m. on May 8.

For something entirely different, there is “Crows Are White” a personal documentary that follows filmmaker Ahsen Nadeem’s quest to find more meaning and clarity in his life. The Los Angeles filmmaker travels to a remote monastery in Japan where monks test the limits of their physical abilities. He receives the cold shoulder instantly upon arrival, but befriends the unconventional monk Ryushin. Their friendship and their personal journey as well as the humor of the films have earned “Crows Are White” its wings. Screening: 7 p.m. on May 8.

A few other recommendations: that of Berkeley filmmaker Sara Dosa “Fire of Love” is a sensory experience that highlights the love and work of two French volcanologists (11:30 am May 11); the intense and topical “Navalny” (7:00 p.m., May 6) focuses on Russian President Vladimir Putin’s political opponent, Alexei Navalny, and his suspicious and near-fatal poisoning; and the drive “Civil war” (7:30 p.m., May 6), which examines the boxing fight that divides Oscar De La Hoya and Julio Cesar Chavez.

You might also want to catch the 7 p.m. screening on May 7 of “Exposure,” which details a daring attempt – made all the more precarious by climate change – to ski across the Arctic to the North Pole. Before that, “Sarah Squared,” a 3-minute short film by Greenbrae residents Nancy Kelly and Kenji Yamamoto about the research work of two marine ecologists at the Point Reyes National Seashore, will screen.

Details: Most screenings $16.50; the full program, tickets and more information are available at www.doclands.com.

Meanwhile, the San Francisco Silent Film Festival kicks off in a special way with the world premiere restoration of Erich von Stroheim’s deliciously delicious 1922 epic (it runs 146 minutes). “Crazy women”. It’s a drunken tale that tells the story of a bunch of rotten amoral scumbags who insinuate themselves into the lives of well-to-do women in order to drain them of their wealth. The striking central coast makes a quaint and fitting substitute for Monaco in a funny comedy that ridicules the rich and notorious. To fully complement the shenanigans unfolding onscreen, Timothy Brock takes on the leadership of the San Francisco Conservatory of Music Orchestra.

The stunning restoration is a joint project of the Museum of Modern Art in New York and the San Francisco Silent Film Festival. It will be screened with the four-minute short film “San Francisco: The Golden Gate City”. Screening: 7 p.m. May 5; the Castro.

There’s so much more to see in the 29 programs offered, so here are some other recommendations, including the ever-prolific Clara Bow in “The Primrose Path” (4:45 p.m. May 6), brilliant comedian Buster Keaton’s last performance in the 1928s “Steamboat Bill, Jr.” (3:00 p.m. May 7) and closing night feature, a restored version of Oscar Wilde’s witty comedy “Lady Windermere’s Fan” (7 p.m. May 11) with Ronald Colman, May McAvoy, Bert Lytell and Irene Rich. It is directed by Ernst Lubitsch, who also had an influential career in talkies.

One of the lineup’s standout standouts arrives in the form of DJ Spooky’s (Paul D. Miller) live remix and reinterpretation of DW Griffith’s classic, classically racist 1915 epic. “The Birth of a Nation.” In his innovative revamp, DJ Spooky strips the original of its glorification of the Ku Klux Klan and creates a more truthful account of slavery. The 70-minute “Rebirth of a Nation” includes an onstage conversation with the artist and Wesley Morris of The New York Times (7 p.m. May 7).

The Office of Arts, Culture and Entrepreneurship partners with local film festivals…