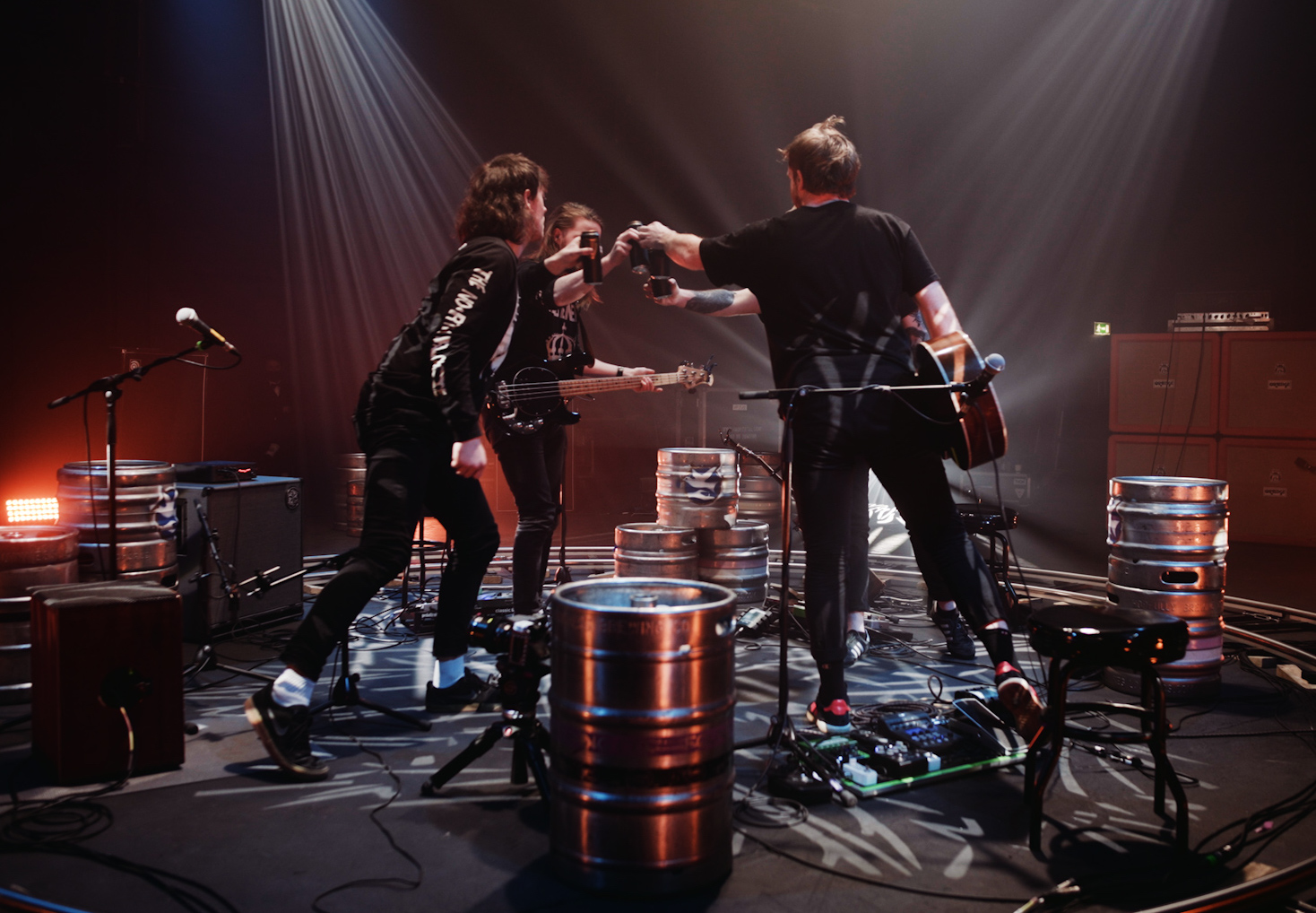 An easing of restrictions on live music was announced this week, with event capacity expected to increase from Monday, September 6. A number of festivals across the country had already been announced and tickets are still available. In some cases, the capacity can be increased. See below for an overview of festivals including Curious Gardens, Vantastival, It Takes a Village, Clonakilty Guitar Festival, Fall Right Into Place, Until the Harvest Comes, Westport Festival of Chamber Music and more.

Meet me in the garden (August 17–September 19, Offaly)
Meet Me in the Garden takes place at the Chestnut Bar in Birr, County Offaly, a series of concerts featuring musicians such as Andy Irvine, Paul Noonan, Lisa Hannigan, Saint Sister, DaithÃ­ and Anna Mullarkey, Wallis Bird and Rhob Cunningham, Nealo and Seba Safe, and Moxie and Honas. For more information and tickets visit: www.hibernacle.ie.

Claremorris Folk Festival (September 4-5, May)
The Claremorris Folk Festival takes place this weekend and offers two days of concerts and sessions of folk, independent and traditional music with Moxie, Luka Bloom, Niamh Regan, DaoirÃ­ Farrell, Hothouse Flowers, Dani Larkin and more. Weekend and Saturday tickets are sold out but there are still a number of tickets available for Sunday. Visit: https://claremorrisfolkfestival.com/

Curious gardens (5 & September 9, Cork and Laois)
Curious Gardens presents two full-day concerts on September 5 and 9 at Doneraile Estate, County Cork, and Emo Court, County Laois, respectively. Tickets can be purchased for each day in capsules of four and six and the option for a family capsule for two adults and up to four children. The program for this Sunday (September 5) includes JYellowL, Dublin Gospel Choir, Jafaris and Interskalactic, and on September 9, Cathy Davey, HamsandwicH and Paddy Hanna. The two days also include a program of spoken word, comedy and interactive installations. Visit: https://www.schweppecurtisnunn.com/events

Fall into place (8–September 12, Claregalway)
Galway-based label and record agency Strange Brew has announced a new festival, Fall Right Into Place, which will take place September 8-12 at the grounds of Claregalway Castle. The five-day event has artists such as BellX1, And So I Watch You From Afar, Just Mustard, Ailbhe Reddy, The Mary Wallopers, Junior Brother, Villagers, The Scratch and Saint Sister, and tickets are on sale in groups. four or six. For more information and tickets visit: https://www.fallrightintoplace.ie/

Beatyard (September 11-October 28, Dublin and Clare)
The Beatyard Festival is usually held in August in DÃºn Laoghaire Harbor, but this year will feature a series of concerts in Dublin City and Ennistymon, County Clare, from September 11 to October 28. Farah Elle, Susan O’Neill, Tebi Rex, NewDad, Local Boy, Jafaris, John Francis Flynn and many more will perform at venues such as The Bernard Shaw, Wigwam, the Lighthouse and minivan in Dublin and Pot Duggans in Ennistymon. Tickets go on sale tomorrow (September 3) at 10 a.m.: https://www.the-beatyard.com/

It takes a village (September 17-19, Cork)
It Takes a Village is taking place this year from September 17th to 19th at the Trabolgan Holiday Village in Cork. Tickets for the event include accommodation at on-site vacation homes and are always available in capsules of four, five, and six. John Francis Flynn, Aoife Nessa Frances, TPM, Anna Mieke, Donal Dineen, Cormac Begley, Nealo and Clare Sands are on the program. Visit: https://ittakesavillage.fm/

Signs of Life (September 18-19, Kilkenny)
On September 18-19, the Signs of Life Festival will feature two days of concerts in the Ballykeeffe Amphitheater in Kilkenny. The program features folk, traditional, indie and hip hop programming with musicians such as Aoife Nessa Frances, Brigid Mae Power, Cormac Begley, Lemoncello, Maija Sofia and Rachael Lavelle. Tickets are available on the festival website with the additional option of a return bus from Dublin. Visit: https://signoflife.click/

Meeting at the castle (25 & September 26, Claregalway Castle, County Galway)
On Saturday 25 and Sunday 26 September, the grounds of Claregalway Castle in County Galway, serve as a backdrop for Hibernacle: Meet Me At The Castle – two days with Lisa Hannigan, TolÃ¼ Makay, Wallis Bird, Nealo, DaithÃ­, Jape, DJ Sally Cinnamon and more to be announced. All artists will perform on Saturday and Sunday. Tickets can be purchased at www.hibernacle.ie.

Until Harvest (September 25, Meath)
On September 25, a new SoFFT Productions festival, Autumn Equinox – Until The Harvest Comes, will take place in Dunderry Park in County Meath. The event will mark the fall equinox and feature a selection of local talent including These Nervous Animals, HamsandwicH, Oliver Cole, Paddy Smith, Bernadette Nic Gabhann and Joy Booth. There will also be a short film, Until the dew falls (filmed at the Meath Loughcrew Heritage Site), which will be screened during the event and will also air at 7 p.m. on the SoFFT Productions website. Tickets are on sale now: https://bit.ly/38vnBCj

Wexford Opera Festival (19–October 31)
Next month, the Wexford Festival Opera will feature more than fifty events from October 19-31, including full production operas, concerts, pop-up performances and lectures. Tickets had already been sold for the festival – which is celebrating its 70th year this year – but the festival has now increased its capacity due to the recent change in government restrictions on live events. For more information and tickets visit: www.wexfordopera.com/

Send your news about festivals and events to editor [at] journalofmusic.com

9 arts, music & culture festivals to attend in September in Arkansas