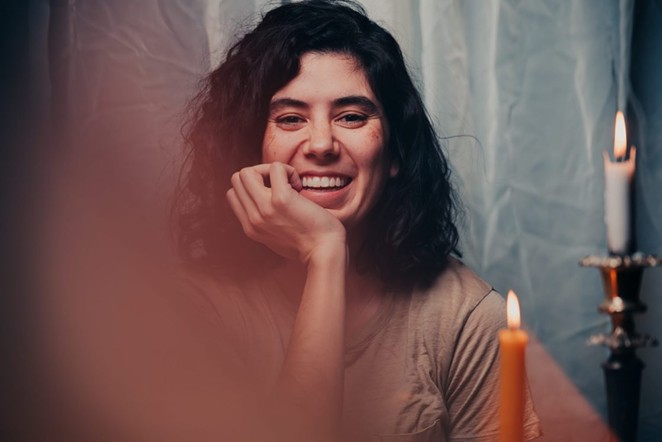 The first-ever National Day for Truth and Reconciliation takes place this Thursday, September 30. Converting the day known as Orange Shirt Day to a federally recognized holiday was one of the recommendations in the 2015 Truth and Reconciliation Commission recommendations. The Federal Day is meant to imbue thought. on the legacy of residential schools and honoring Indigenous survivors, as part of the ongoing reconciliation process, and Nova Scotia is one of the provinces that also observes the holiday. Here we are sharing some ways to mark the day in Kjipuktuk.

Orange Shirt Day at the Salt Garden
The Mi’kmaw Native Friendship Center will be hosting free waterfront events throughout the weekend to mark the first Day of Truth and Reconciliation, and that event kicks off on Thursday. Held from 10 a.m. to 3 p.m. on the Saltyard Stage (1601 Lower Water Street), events include an opening prayer and song, an Orange Shirt Day story, and a painting workshop.

Sky dancers
First Live Art Dance Show Since COVID Arrival Was Worth The Waiting And More: A’nó: wara Dance Theater Brings Its Performance Sky dancers to Live Art, a show retracing the aftermath of the failure of the construction of a bridge between the north and south shores of the St. Lawrence River. “The planned bridge was to be the largest cantilever bridge and would have the longest span of any bridge in the world at that time. In the late summer of 1907, as construction progressed, the bridge collapsed, killing 33 steel workers in the small Mohawk community of Kahnawake, ”the show’s creators explain. “Unfortunately for the Mohawks of Kahnawake, the collapse of the bridge was only the beginning of the disaster. After the event, the government of Quebec and the Roman Catholic Church conspired together and descended on Kahnawake and forced many recently widowed women to abandon their children in residential schools. The effects of which remain present to this day. Choreographed by Barbara Kaneratonni Diabo, who lives in Kahnawake, the piece aims to explore not only the impacts of the historic disaster, but also themes of family, community and resilience. Catch the show in person (with proof of vaccination required to enter) on September 30 at 8 p.m. at the Spatz Theater (1855 Trollope Street). Tickets range from $ 15 to $ 30 and are available on the Live Art website.

Afterwords Festival Truth and Reconciliation Day: Katherena Vermette in conversation with Janet Rogers
Afterwords, the beloved bookworm literary festival, marks the first day of truth and reconciliation with two back-to-back events, available through the same live stream link: First, the festival will launch a poem it commissioned by former Halifax Poet Laureate Rebecca Thomas. Next, author Katherena Vermette (whose name you may know for the bestselling book, winner of the Governor General’s Literary Award The break) is in conversation with poet Janet Rogers. Hopefully Vermette will talk about her new follow-up novel. The foreigners, which explores the bonds a separated family clings to during an intergenerational saga, during the live chat. Thu September 30, 7-8:15 p.m., free, afterwordsliteraryfestival.com for registration link.

Treaty Day at the Saltyard
The second day of free Mi’kmaw Native Friendship Center programming at the Saltyard Stage (1601 Lower Water Street) runs from 10 a.m. to 3 p.m. on Friday, October 1. Events include a traditional salmon dinner, a history of treaties in Mi’kma ‘ki and TBD live entertainment.

Mi’kmaq Stories: Past and Present
Billed as an event that “weaves stories from the past with glimpses of current realities and dreams for the future,” this live-broadcast performance features an all Mi’kmaq cast, a screenplay written by three Mi’kmaq artists and the work of the Masterworks Prize. Jordan Bennett, award-winning Mi’kmaq artist. Presented by the Halifax Theater For Young People, the show will air from the Ship’s Company Theater in Parrsboro on Saturday, October 2 at 2 p.m. Tickets and details are available at halifaxtheatreforyoungpeople.com.

Family day at the saltworks
The final day of free programming from the Mi’kmaw Native Friendship Center at the Saltyard Stage (1601 Lower Water Street) will see a TBD roster of Indigenous artists take the stage, followed by powwow dance demonstrations on Saturday, October 3. noon to 3 p.m.