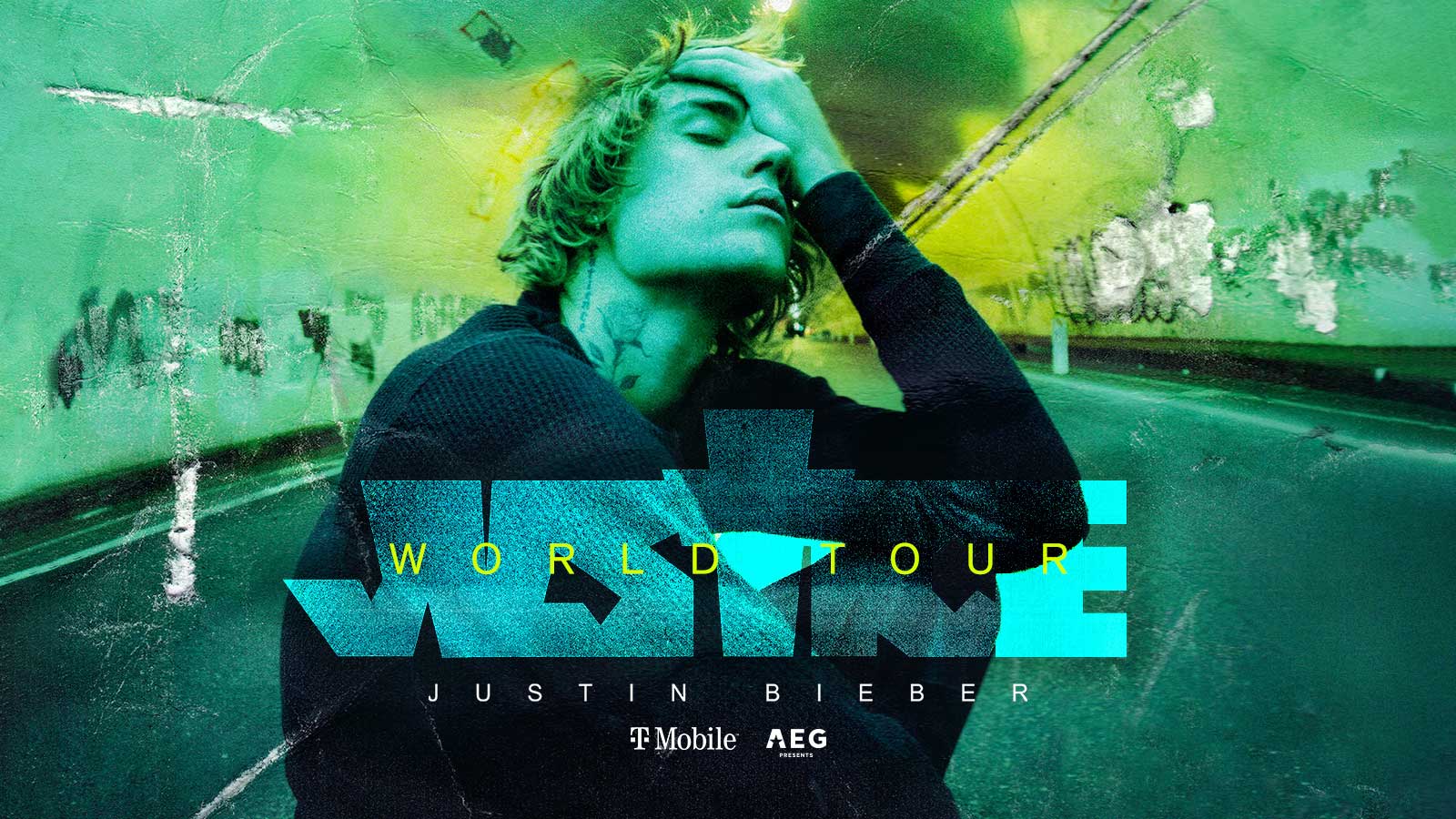 All music festivals and concerts to attend in Asia in 2022

After a two-year hiatus, concerts and music festivals are set to finally return to their pre-pandemic glory in 2022. With international borders reopening, COVID restrictions easing and vaccines paving the way for musicians and to the spectators. down the road, music fans finally have a reason to rejoice. So mark your calendars for the return of the highly anticipated summer music festivals and concerts, set to take place in Asia in 2022.

With massive music events, festivals and live concerts, such as SUMMER SONIC 2022, Justin Bieber World Tour, Head In The Clouds Jakarta, Fuji Rock and Kolour In The Park, this year is set to be one of the biggest years for the art, music and entertainment industries.

The theme for this year’s Fuji Rock Festival is “Music with Nature and Living with Corona” to reflect on how the pandemic has changed the world. While the three-day music festival in Asia was suspended in 2020 and only included domestic artists due to pandemic restrictions in 2021, it is now returning to its original format in 2022. The music festival this year, which is the 25th edition of the event, will feature headliners such as Bonobo, Jack White and Halsey.

Color in the park

The guiding star of Thailand’s thriving disco, house and techno music culture, Kolour In The Park is Thailand’s electronic dance and music (EDM) festival, taking place over two weekends during the summer. The EDM event will be held on a dream island, with international headliners and local musicians, creating groovy electric beats and performing live to energetic music, to set the mood.

The show, which was previously scheduled to return in February 2022, is back now and is sure to attract music lovers from around the world, to their new venue, Café del Mar. The exciting line-up of performers will soon be revealed to eager fans.

Head In The Clouds Festival

IN JAKARTA WITH LOVE.

Music label and media company 88rising has confirmed its Head In the Clouds festival in March 2022. The highly anticipated event was originally scheduled to take place in Jakarta, Indonesia in 2020 but was canceled due to COVID-19. Hinting at the involvement of local Indonesian artists like singer-songwriter NIKI and rapper Rich Brian, the festival returns after a successful tour of California, USA, earlier this year.

To learn more about the event and receive updates on this year’s show, go to this link.

SUMMER SONIC has been postponed twice due to the Tokyo 2020 Olympic Games as well as the COVID-19 pandemic. The Japanese rock festival is now set to take place at Zozo Marine Stadium and Makuhari Messe in Tokyo on August 20 and Maishima Sonic Park in Osaka on August 21. Against the backdrop of a stunning location overlooking Tokyo Bay, the festival will host a wide range of performances, spanning different genres of music.

The Asian music festival will feature headliners such as English pop rock band The 1975 (August 20) and American rapper and singer Post Malone (August 21) in 2022. An incredible roster of artists like Megan Thee Stallion, Maneskin, ONE OK ROCK, Carly Rae Jepsen, JOJI and The Offspring will perform at the rock festival, making it one of the top music festivals in Asia this year.

Starting at a price of approximately 136 USD (17,000 JPY), tickets are available for purchase here.

Location: Pattaya, Thailand
Dates: May 28 to May 29

Held in over 30 countries around the world with millions of revelers in attendance so far, the UK-based Creamfields dance music festival is finally making its debut in Asia – specifically Thailand – in 2022. The festival two-day event is set to take place at Nongnooch Pattaya Garden, promising an impressive line-up of some of the world’s biggest EDM artists, to be revealed soon.

This is the ship

Asia’s largest music festival held in the middle of the waters (sea), It’s The Ship, is making a comeback in 2022, following its 2019 success from Singapore to Phuket and appearances in Japan and South Korea as well.

The fest teased the involvement of K-pop group BLACKPINK, characters from the hit series Squid Game, internet sensation Hasbullah Magomedov, as well as memes from party cruise alums Henry Golding and David Hasselhoff in a short trailer published on its social networks. pages.

Featuring the music festival’s iconic yellow duck mascot, this event is set to become one of the hottest party cruises of 2022.

The UK’s internationally acclaimed outdoor jazz festival is set to take place at Chichibu Muse Park in Ogano, Japan. The event will feature Grammy winners Sergio Mendes and Robert Glasper, as well as Chris Coleman, DREAMS COME TRUE, KYOTO, Mitsu the Beats, SIRUP and YonYon, among others. The music festival is designed to host exciting performances from artists spanning a wide range of musical genres, including jazz-adjacent styles like funk, soul, blues and hip-hop.

Taiwanese singer A-Lin is set to kick off her world tour in Singapore in May with a massive concert. Its “A-Link with Passengers World Tour 2022” will be held at the Singapore Indoor Stadium on May 28. The show will welcome more than 7,000 spectators. A-Lin last performed in Singapore in 2019.

At her upcoming concert in Singapore, A-Lin will perform fan-favorite songs as well as tracks from her latest album, LINKwhich took four and a half years to complete.

Tickets are currently on sale. Depending on the plan you choose, the price ranges from S$128, S$188 to S$228 and S$258. The S$288 tickets will get you a VIP package where you can also win a chance to meet A-Lin in person and take pictures with her.

Famous EDM music festival, Sunburn Arena, is making a massive return to Asia with one of the world’s biggest artists, Alan Walker. He is set to perform live as part of an exclusive 2022 India tour. Walker is the artist behind cult summer tracks like ‘Faded’, ‘Alone’, ‘On My Way’ and many more. other award-winning songs.

The scintillating concert will take place from April 14 to 17 in different cities of India. It will be held at Mahalakshmi Racecourse in Mumbai (April 14), Bharatiya Mall of Bengaluru in Bengaluru (May 15), Backyard Sports Club in Delhi-NCR (April 16) and Hitex Exhibition Center in Hyderabad (April 17 ).

With an exciting lineup of artists and bands such as Burgerkill, Dead Squad, Death Vomit, Edane, Jamrud, Serigala Malam, Seringai and Superman Is Dead, the JogjaROCKarta festival should definitely be on every metalhead’s bucket list. More acts will be announced closer to the festival dates.

Tickets are on sale at an affordable starting price of around US$1 (IDR 500).

Locations: Malaysia, Indonesia and Japan
Dates: October 22 in Kuala Lumpur, November 2 and 3 in Jakarta and select dates between November 9 and 17 in Nagoya, Osaka and Tokyo, Japan

Pop sensation Justin Bieber is heading to Asia later this year, with two concerts at Bukit Jalil National Stadium in Malaysia and Stadion Madya in Indonesia. As part of his Justice World Tour, which is a concert tour in support of his fifth and sixth studio albums, Changes and Justice respectively, the Canadian singer will also perform in three different cities in Japan.

Venues will include Nagoya Dome in Nagoya, Osaka Dome and Kyocera Dome in Osaka and finally Tokyo Dome in Tokyo.