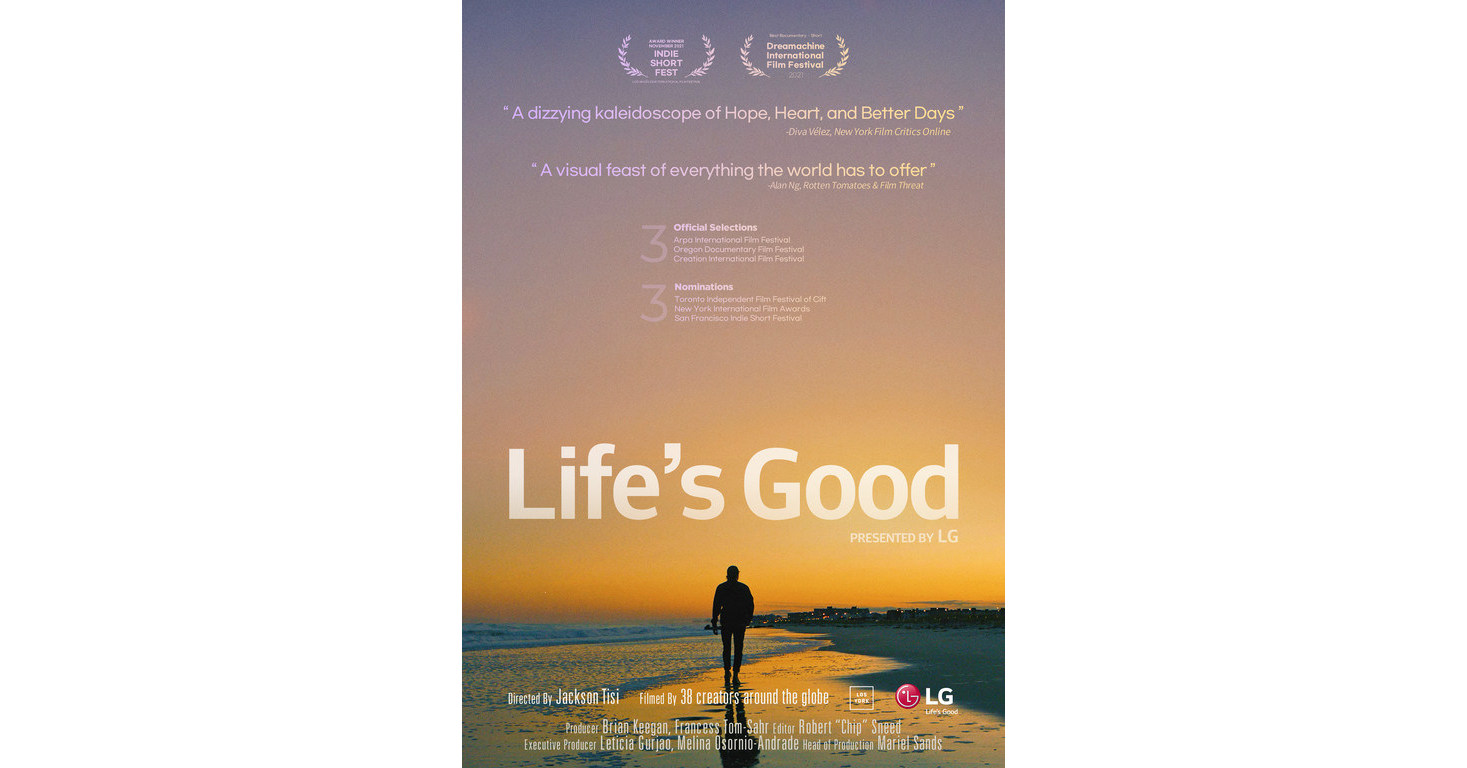 The The beautiful film of life is the touching and heartfelt climax of the The Good Life Movie Project, which saw 531 amateur filmmakers from 33 countries share their creative interpretations of LG Life is Beautiful a message. Part of LG 2021 Life is Beautiful campaign, the project shed light on the diversity of peoples, cultures and nature of the world while simultaneously communicating the humanity and hope that unites us all.

Putting together many of the great submissions sent, the director Jackson Tisi and LG have collaborated to create a 20-minute visually beautiful and emotionally uplifting piece of art. The award-winning short has garnered considerable interest online with over 240 million impressions and over 77 million total views of related social media posts.

â€œTo be recognized by the respected community of international film festivals next to Jackson is something we never expected or imagined,â€ said Lee jung-suk, head of LG’s Global Marketing Center. “Jackson is a master and has been incredibly good at getting the message across. Life is Beautiful through the voice of the leaders of tomorrow. LG thanks Jackson for his outstanding leadership and for helping us shape such an inspiring story. “

The The beautiful film of life is available to view on the LG Global YouTube Channel and Instagram.

LG Electronics is a global innovator in consumer electronics and technology with a presence in nearly every country and an international workforce of over 75,000 people. LG’s four companies – Home Appliance & Air Solution, Home Entertainment, Vehicle component Solutions and Business Solutions – combined for worldwide sales of over $ 56 billion in 2020. LG is a leading manufacturer of consumer and commercial products ranging from televisions, home appliances, air solutions, monitors, service robots, automotive components and its premium brands LG SIGNATURE and LG ThinQ smart are familiar names around the world. Visit www.LGnewsroom.com for the latest news.

At 25 years, Jackson Tisi made a name for himself as a young filmmaker. Jackson’s work spans music videos, commercials and documentaries. His shorts and music videos have won numerous awards, including Vimeo Staff Choices, Atlantic Selects and several film festival nominations. His film LEON won him gold at the Young Directors Award in Cannes, France Last year. He was also admitted into the final class of Young Guns by the One Club for Creativity. He is currently working on the development of longer form projects.