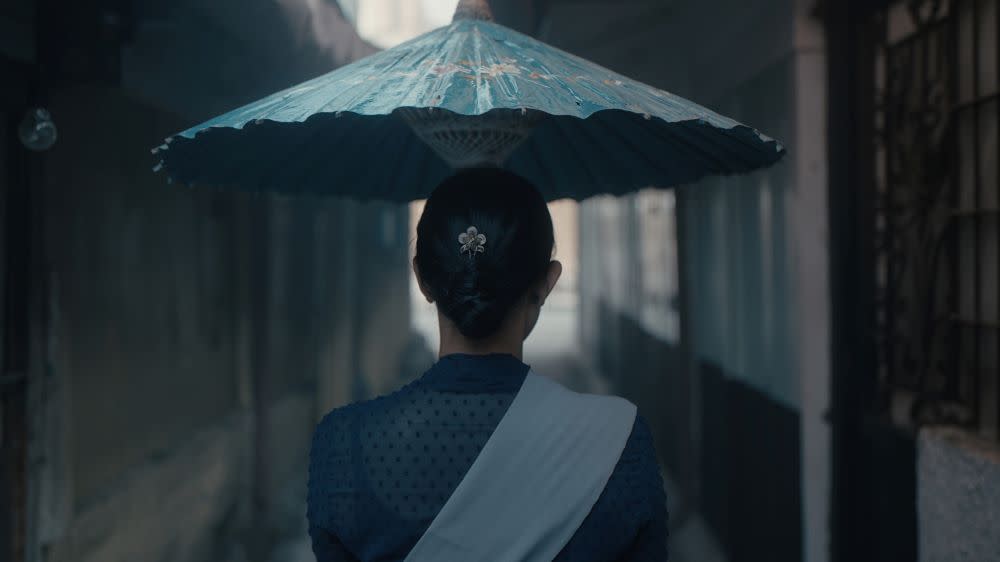 Just a few months ago, hundreds of Asian filmmakers were expecting to attend this week’s Berlin festival and European film market. For many, it would have been their first appearance at a high profile foreign festival in nearly two years.

But the Omicron variant turned those dreams upside down. And, with the exception of those who have a film showing at the festival, most have stayed at home. Again.

This amplifies a trend of decreasing Asian participation that was noticeable in both Cannes and Venice in 2021, but was less pronounced in Locarno.

And the best festivals in Asia are increasingly disconnected from the rest of the world. Shanghai, Busan and Tokyo managed to return to their traditional calendar dates and operated as in-person events, but travel restrictions across the region limited the scale of programs, film selections and their physical components. almost entirely local. Tokyo said there were only 42 international guests on its red carpet.

Berlin has four Asian films in its 18-title main competition. Two are veterans Rithy Panh and Hong Sang-soo. Two of them are signed by directors less known to Western audiences: “Return to Dust” from China by Li Ruijun and “Before Now and Then” from Indonesian Kamila Andini.

But it’s also clear that many titles and directors who could reasonably be expected to be in contention for top festival spots in 2022 aren’t currently playing. Both Chen Kaige and Zhang Yimou are said to be almost ready for their next films. The same goes for former Cannes winner Kore-eda Hirokazu and Park Chan-wook. Korean studios are supposed to be sitting on stacks of 100-200 titles that are finished or in deliberately halted post-production.

“Festivals are really important for the strategies of a lot of Asian films, but [for them to take up places] they need a lot of other things to set themselves up too. And a lot of people are right now rethinking,” said Michael J. Werner, a former director of Fortissimo Films who now focuses on production and consulting. “There is no shortage of films. And I am convinced that festivals are not lacking in interest. Rather, what we have is a convergence of very disruptive factors.

These factors include travel to and from Asia, where places like Hong Kong and Taiwan are still trying to stamp out COVID through border closures and quarantines; a reluctance to screen new and commercial films at festivals with a strong online component, due to the risks of piracy; and blocked theatrical release systems in many Asian territories.

The Korean “Declaration of Emergency”, which for example was the subject of a special screening at Cannes, has still not been able to use this status as a springboard. Its commercial release in Korea has been repeatedly delayed.

An additional headache is the apparent slowdown in censorship approvals in mainland China. Festival historians may recall that Berlin 2019 lost two Chinese titles that failed to adhere to changing censorship rules. In a year of continued Cold War with the United States, with the Winter Olympics held in Beijing and a Communist Party congress in November, censors find it easier to say no than yes.

Which group is most affected by Asia’s particular woes is irrelevant. While interest in all forms of Korean culture is high – think “Squid Game” and “Hellbound” – some in the industry feel that smaller production territories are worse off.

“Since the pandemic, some film festivals have had to adapt their programs, by reducing their quotas. This situation particularly affects Asian films from countries other than the most popular (Japan, China, Korea, Iran or India),” said “Before Now and Then” producer Ifa Isfansya. He also points out that streaming platforms create an expectation of pristine production values ​​that low-budget arthouse titles can’t match.

“Many Asian films, especially from young directors, are so personal and with a low production budget, that we really need more programmers who have the vision to champion Asian cinema,” Isfansya said.

Other territories in the region could experience more secular changes.

“Taiwan and Hong Kong have almost swapped roles,” said Norman Wang, veteran publicist and consultant for the Berlin and Shanghai festivals. “Hong Kong is redefining itself, behind the camera and in front. Many established directors no longer make films in Hong Kong, but instead work on the mainland. And the new talents have not all emerged yet.

A high degree of political uncertainty and a new censorship law would also slow down the flow of film investment in Hong Kong. The once-prolific production center is currently under near-lockdowns and cinemas are currently undergoing their fourth period of mandatory closure.

Taiwan, which once operated at a slower pace than its neighbour, is now being accelerated by government action and multinational streamers, which have helped reinvent it as a hub for Mandarin series production. “It really speaks to the maturity of the Taiwanese industry,” Wang said.

But all is not catastrophic.

“There may be a dearth of more commercial films right now, but if there’s a shortage of flagship East Asian titles, it could create opportunities for others,” said Lorna Tee, who recently sat on the jury of the Tokyo festival and is involved. in production in Malaysia and the Netherlands.

“It’s great to see a mainstream Bollywood movie in Berlin [Sanjay Leela Bhansali’s “Gangubai Kathiawadi” plays in Berlinale Special section] and a film by Kamila Andini in competition. She’s a director who has really progressed and deserves her chance,” said Tee.

Tee noted that Asian freelancers are now fully connected to the global network of project marketplaces, development labs and grant programs. “Indie filmmakers really need to get out there and co-produce, though. And I think they are. Art, collaboration and co-production are not diminishing,” she said.

Others are also waiting impatiently. “While commercial films don’t need festivals in the same way, many Asian filmmakers live with the lure of optimism,” Werner said. “They are now focused on Cannes, looking forward to meeting in person and preparing to commit to art house films.”

The best of variety