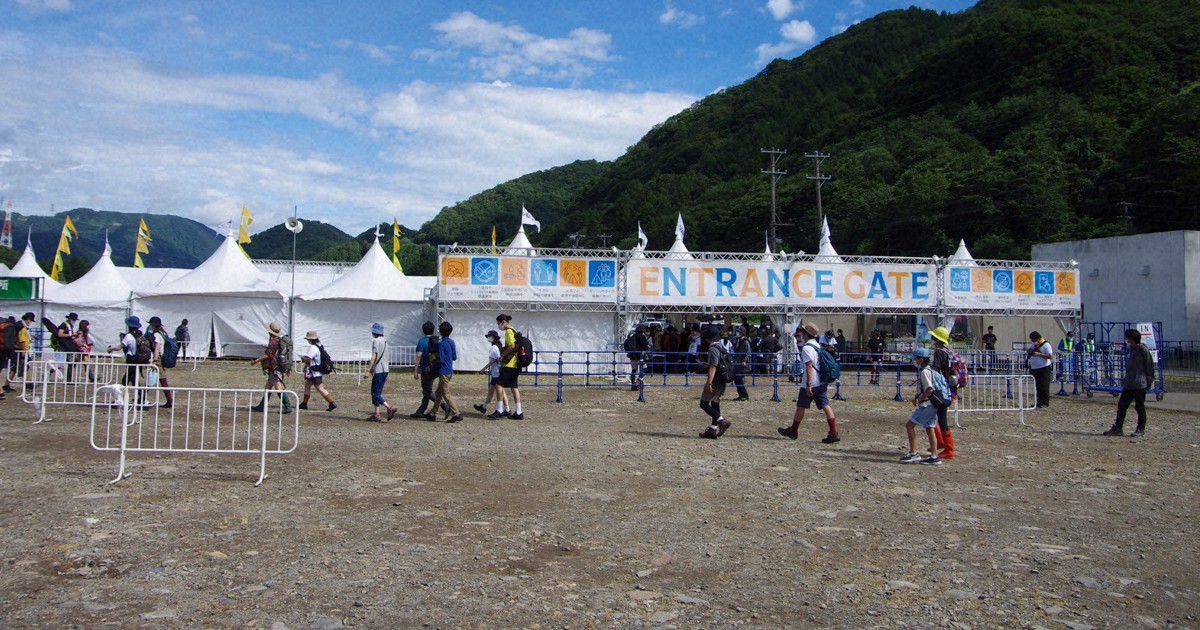 OSAKA – The decision to hold or cancel outdoor music festivals amid the COVID-19 pandemic has been split in Japan. These festivals are not only a place to showcase music, but also serve to revitalize the local economy. To keep festivals alive in the future, the â€œautonomyâ€ and â€œresponsibilityâ€ of the organizers and participants will be essential.

The annual Fuji Rock Festival, one of the biggest music events in Japan with a 24-year history, was postponed last year, but was held for three days from August 20-22 this year with steps stringent infection control in place.

However, there was a lot of criticism against the event. As the festival date neared in August, a hashtag was created on Twitter calling for the cancellation of Fuji Rock, and host Niigata Prefecture and host city Yuzawa were inundated with protests and investigations.

Many critics have questioned why there is a need to have such an event where many people from all over the country gather to make noise, especially given the timing. The state of emergency was declared mainly in major cities, including the greater Tokyo area, and the number of those infected continued to rise across the country.

Organizers, central government and local governments had been discussing preparations for the event since around June. Stakeholders agreed that comprehensive measures against transmissions would be introduced, such as reducing the size of the festival, limiting performers to domestic artists who would all pass PCR tests for COVID-19 and distribution to the world. advance of antigen test kits to visitors. Everyone at the site was asked to wear masks and not to drink, to keep a sufficient distance from others and not to shout loudly.

According to the advice of the national government, the participants were required to keep a space of one meter between them during the events where they were allowed to move freely in the place, which was followed in Fuji Rock.

A 39-year-old company employee from Fukuoka City, who attended the festival every year, said, â€œThe rules were generally followed. There were people cutting in front of the stage, but the people around them tried to keep their distance. ”

This Mainichi Shimbun reporter, who had been to Fuji Rock for 12 consecutive years until his report last year, did not go this time. But as far as I know from watching the live internet broadcast of the show, the overcrowding seemed to have eased compared to previous years. During this time, there were times when the cheers got so loud that the musicians on stage had to calm the audience down.

According to organizers, 35,449 people attended the three-day event. So far, no reports of COVID-19 clusters have been received by the Niigata Prefecture government.

One of the reasons why Fuji Rock was able to take place this year without major problem is probably the “public autonomy” which the event has always valued.

The rock festival began in 1997 at a ski resort in Yamanashi Prefecture north of Mount Fuji, and moved to Naeba Ski Resort in Niigata Prefecture from the third grade, attracting more than 100,000 people per year before the pandemic. The three principles of the event are “take care of yourself”, “help each other, give to each other” and “respect nature”, and the organizers asked the public to behave accordingly.

Several â€œgarbage stationsâ€ are installed on the site and the collected resources are recycled into toilet paper for use on the site in subsequent years. The fact that the festival has been taking place in the same place for so many years is proof of the strong relationship of trust that has been built with the local community.

On the other hand, the outdoor hip-hop event Namimonogatari, which drew around 8,000 people in Tokoname, Aichi Prefecture on August 29, received a flood of criticism after a video showing the audience. not taking anti-infective measures has gone viral on the Internet. The event also became a hypocenter of cluster infection.

Organizers of the Supersonic Music Festival, which was held on September 18-19 at Zozo Marine Stadium in Chiba City, have decided to go ahead with the event even though local governments have called for its postponement. . The Chiba municipal government, which withdrew its sponsorship from the event after the deferral request was denied, took the unusual step of stationing officials inside the site. Authorities also patrolled the area from the site to the nearest train station in official city cars, using a loudspeaker to call visitors to go directly to the site and return home directly.

The city’s parks management division said “spectators wore masks and did not scream excessively. So in general infection control rules were followed.” As a result of the Aichi event, the involvement of the Chiba city government may have been inevitable, but I think it should have been left to the autonomy of those involved in the event on the basis of mutual respect.

To prevent the spread of infections, the Rock in Japan Festival (scheduled August 7-9, 14-15 in Ibaraki Prefecture) – one of the biggest music festivals in Japan – was canceled on demand from the local medical association. . In addition, Inazuma Rock Fes. (September 18-19 in Shiga Prefecture) and Wild Bunch Fest. (September 18-20 in Yamaguchi prefecture) were also canceled at the request of local governments. This trend did not stop after the summer.

An open-air festival is above all a fascinating event. Several stages are set up in a large open-air space, where visitors can enjoy performances by popular artists from Japan and abroad at the same time. Before the pandemic, these events took place more than 300 times a year in Japan, regardless of the season. According to a survey by think-tank Pia Research Institute, the number of festival-goers in 2019 was 2.95 million, and the economic scale of ticket sales alone was 33 billion yen (about $ 289 million ), both having almost doubled from 10. years ago.

For over 10 years, this reporter has been going to outdoor music festivals in various locations, loading camping and rain gear onto his car. The best part of these events are the “get-togethers”. Not only by enjoying the performances of your favorite artists, but also by discovering new music that you never had the chance to listen to and making new friends with people who share the same interests. Staying in the same environment for a few days brings you closer to your peers, an experience you can’t have in any other event.

As the coronavirus pandemic continues, what can we do to break out of the conflict structure surrounding music festivals? From a regional revitalization perspective, the Shimane Jett Fes: Yamata no Orochi Rising held in Matsue City, western Japan, Shimane Prefecture, every fall since 2017 may provide a clue . The festival was founded by rock band Guitar Wolf and is run by an executive committee of local volunteers, aiming to contribute to the local economy.

Due to the underdeveloped public transport in the region, it is mainly locals and enthusiastic fans who come to the event, and the organizers have long relied on crowdfunding to raise funds. Financial supporters who come to see the show and those who participate from home receive benefits. For the latter, a recap video of the festival is available for viewing, and they also receive specialties such as meat and fish from the Sanin region where Shimane is located. At a time when many people are reluctant to go to festivals for fear of infection, this is a great way to enjoy the atmosphere of the event and contribute to the local economy.

Guitar Wolf singer and guitarist Seiji spent his youth in Shimane and is currently the prefecture’s goodwill ambassador. He said: “I’m doing this to liven up the city, but maybe I’m more suited to the role now by chance (because of the pandemic).”

In 2020, the event was broadcast online and this year it took place without an audience on October 9. Seiji commented, â€œI can only make dreams come true. To be honest, it’s hard to cover the costs without an audience, but we thought it was important to show our ‘delivery’ stance even though it was. is on the air. ”

The Japanese government does not ban such festivals and the Ministry of Economy, Trade and Industry has established a grant program for activities under difficult circumstances. The ministry’s media and content industry division said, “Our position is to support the industry to keep it from bottoming out. Taking countermeasures against infections is of course a prerequisite.”

Recently, there have been positive signs as the Japanese government has launched a demonstration experiment to gradually ease restrictions on individual and economic activities. However, we will not be able to â€œdo everything freelyâ€ as we did before the pandemic.

I think that the great â€œautonomyâ€ of the organizers is essential for a festival which attracts thousands or tens of thousands of people to take place. At the same time, the public also has â€œresponsibilitiesâ€ to assume in order to enjoy their freedom. At the moment, there will be a lot of trial and error in creating rules to prevent infection, protect the environment, and contribute to the local community.

If we can keep looking for a system that makes local people feel safe and enjoy the festival, we can certainly create a new outdoor festival culture.