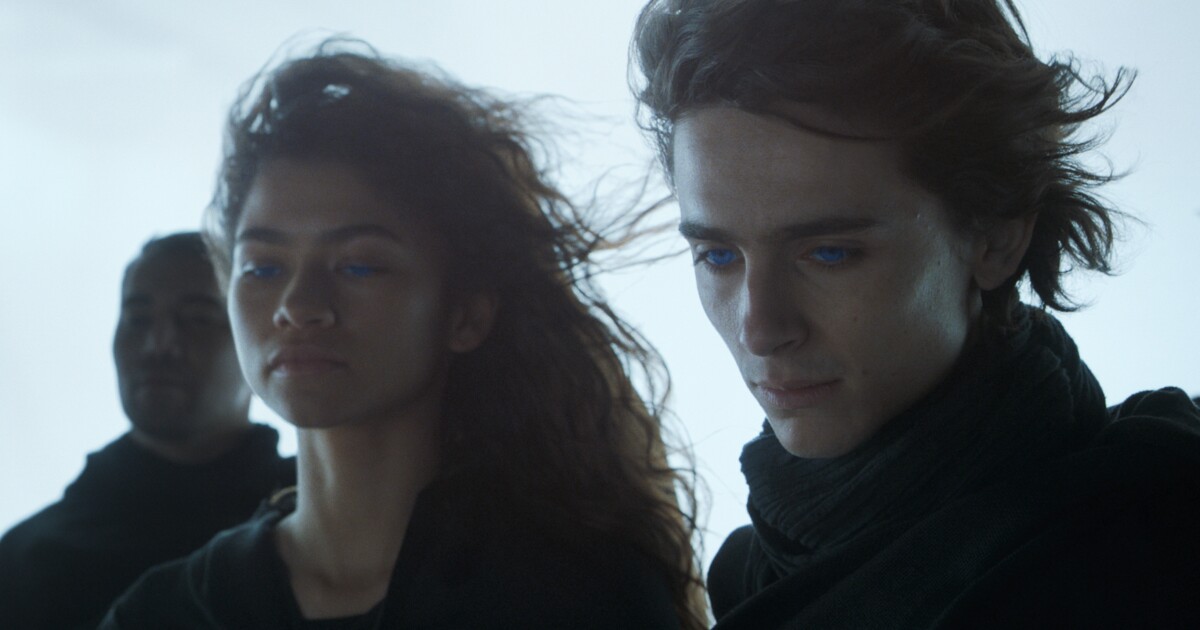 After a fall 2020 film festival season that saw events shrink, cancel or go completely virtual, I would like to say that we are finally returning to a sense of normalcy now that Venice, Telluride, Toronto and New York are upon us. . And, yes, the Big Four Fall Festivals will be up and running, with solid movie listings (some of them from last year), parties, tributes, and stars walking the red carpet.

There will also be mandatory vaccinations, masks and, in Telluride, a mobile antigen testing and PCR unit, which I will be sure to visit right after I find the courage to stop several times at the Bloody bar. Mary from the festival brunch.

But let’s not think about it. Let’s focus on the movies!

Yes, the last Oscars were just four months ago. But there is no shortage of intriguing awards season hopes previewing at these festivals, even though some of the year’s hottest titles – “Soggy Bottom” by Paul Thomas Anderson, Steven Spielberg’s version of ” West Side Story â€, the black comedyâ€œ Don ‘by Adam McKay t Look Up â€with Leonardo DiCaprio and Jennifer Lawrence,â€œ Nightmare Alley â€by Guillermo del Toro and the family dramaâ€œ House of Gucci â€by Ridley Scott – will not happen not before the holidays.

A handful of other good films – “Red Rocket” by Sean Baker, “A Hero” by Asghar Farhadi, “The French Dispatch of the Liberty, Kansas Evening Sun” by Wes Anderson and the winner of the Palme d’Or ” Titanium “by Julia Ducournau – emerged in Cannes.

But here are the main newcomers we’ll see at festivals – fully vaccinated and masked – in the coming weeks. And while some release dates are yet to be set, all are expected in theaters (and many also in streaming or VOD) by the end of the year.

“Belfast”
Kenneth Branagh wrote and directed this personal story from his childhood in Northern Ireland in the late ’60s to mid troubles. The cast of this black and white film includes Caitriona Balfe, Judi Dench, Jamie Dornan, Ciaran Hinds and newcomer Jude Hill.

“Blessing”
Biographical drama about the life of British poet Siegfried Sassoon, known for capturing the horrors of fighting in World War I, from director Terence Davies (“The House of Mirth”). Jack Lowden (“Little Ax”) stars.

“The card counter”
Filmmaker Paul Schrader (“First Reformed”) does not want to go into details of his latest film, calling it “a mix of the World Series of Poker and Abu Ghraib”. If that doesn’t pique your interest, maybe the cast will: Oscar Isaac, Tiffany Haddish, Tye Sheridan, and Willem Dafoe.

“Cyrano”
Yes, Cyrano, as in De Bergerac, but without a nose and with Peter Dinklage, resuming his star turn in the off-Broadway musical that the New York Times called “dark and monotonous.” Maybe director Joe Wright will liven things up?

“Dear Evan Hansen”
Another musical that you probably know and maybe love. This one has Ben Platt reprising his turn in the lead role, even though he’s 27 and the main character is a teenager. Is it important? We will find out soon. (I mean, Olivia Newton-John was 29 when she did â€œGrease.â€) But the songs are good, and her review of mental illness remains relevant.

“Dune”
Filmmaker Denis Villeneuve rides the sandworm, trying to bring a satisfactory version of Frank Herbert’s 1965 sci-fi / fantasy opus on the big screen (and HBO Max). David Lynch, that’s understandable, maybe no interest in seeing it, but he is pretty much alone in this regard. TimothÃ©e Chalamet, Zendaya, Oscar Isaac and Josh Brolin are part of the sprawling ensemble.

“The Electric Life of Louis Wain”
The hysteria surrounding Benedict Cumberbatch has waned since the heyday of â€œSherlock,â€ but perhaps this biographical drama, in which he plays an English artist known for his surreal paintings of huge-eyed cats, could change that. At the very least, it sounds like the most Cumberbatchian cast imaginable. Claire Foy is playing the part of the woman, but I hope the role offers her more to do.

“The guilty”
It might not be an awards show beyond acting, but who doesn’t want to see a scary Antoine Fuqua thriller starring Jake Gyllenhaal and Ethan Hawke?

” God’s hand ”
Paolo Sorrentino (“The great beauty”) is inspired by the threads of his life in Sicily for this family drama which (without wanting to hurt him or anything) will probably win the Golden Lion in Venice.

“King Richard”
Will Smith plays the demanding father and trainer of tennis stars Venus and Serena Williams in what seems like the kind of showcase that will please Smith that he hasn’t enjoyed in decades. Aunjanue Ellis also has a plum role as mom and daughters coach Oracene Price.

“The last night in Soho”
Edgar Wright’s psychological horror flick likely won’t appear at the Oscars, though Anya Taylor-Joy singing Petula Clark’s â€œDowntownâ€ sounds like an award-worthy moment in itself.

“The lost girl”
Maggie Gyllenhaal’s first film is a passionate project adaptation (she wrote it, too) of Elena Ferrante’s 2006 novel, a disturbing and unfazed thriller about a middle-aged divorced woman who folds in on herself- even after meeting a young mother and daughter on vacation. Gyllenhaal insisted on “exploring these secret truths about motherhood, sexuality, femininity, desire.” Olivia Colman and Dakota Johnson are the stars.

“Parallel mothers”
Pedro AlmodÃ³var’s latest reunites him with Penelope Cruz in a melodrama following two women, a generation apart, who find themselves forever linked by their brief stay together in a maternity hospital in Madrid. Newcomer Milena Smit plays opposite Cruz.

“The power of the dog”
No more Cumberbatch! But, more importantly, this is Jane Campion’s first film in 12 years (although I’m sure you’ve enjoyed her two seasons of the BBC crime drama “Top of the Lake”). Here, Cumberbatch plays a sadistic ranch owner who doesn’t appreciate his brother (Jesse Plemons) marrying a young widow (Kirsten Dunst). The film will premiere in Venice and star in Telluride, Toronto and New York (the only fall title playing all four), indicating the Netflix distributor’s belief that it will wow festival crowds.

“Spencer”
After Examining Jacqueline Kennedy in “Jackie,” filmmaker Pablo LarraÃ­n takes on another iconic woman, Kristen Stewart playing the role of Princess Diana as she decides to ditch Prince Charles.

“The Tragedy of Macbeth”
Something nasty is coming like Joel Coen updates the Shakespeare classic with Denzel Washington in the lead role and reigning Oscar winner Frances McDormand playing his crafty wife. Another entry in black and white. (That’s three. Get ready for the trendy pieces!)

Some music festivals are returning to the stage this fall