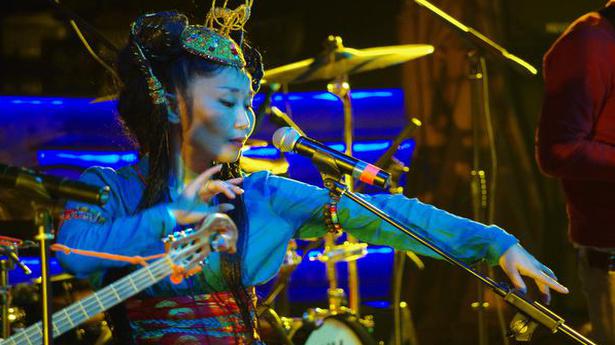 Chennai joins music festivals around the world at Culturas 360

The city’s IndieEarthXchange has partnered with a host of other festivals to bring together 19 musicians from around the world online this weekend.

When Namgar Lhasaranova sings the song of his people, his voice rises. It is easy to imagine him spreading across the vast plains, from which originates the Buryat-Mongolian tradition embodied in his songs. But the music she plays with her team – and will now present to an international audience – also transcends her roots. “We have an international family with different roots. I am a woman from a remote place, from a village, daughter of shepherds, and I grew up with folk songs. My husband Eugenii is a city dweller who grew up with the music of the Beatles and rock bands. We had a different upbringing and distant life paths, but at one point we ended up on the same team, ”she said via email.

This weekend, Namgar will join 18 other musical groups from different continents, to perform at the online music festival Culturas 360. The festival is a collaboration between 14 music festivals located in different parts of the world, with the aim of giving musicians an online platform in the aftermath of the pandemic. Participating festivals include the IndiEarth Xchange in India, the Mozambique Music Meeting, the Havana International Jazz Festival in Cuba, and the United States Concert of Colors, among others. This will be its second edition, the first having taken place in 2020.

Among the lineup is Indian artist Imran Khan, a classical Hindustani musician from Sikar Gharana of Rajasthan. Imran, who is no stranger to world music or global platforms, said on a phone call from Mumbai: “I have performed at IndiEarth and other festivals in Chennai in the past. In the age of the pandemic, it’s a good way to reach people until things open up. This lineup includes musicians I’ve never heard before; I look forward to their performances. It’s almost a collection of music from all over the world.

The sounds – most of which are mixed with world music or other musical traditions – range from Afro-Peruvian to Balkan and are produced by musicians familiar with tradition and experimentation. Most of the performers are also researchers or music teachers, and many have several international tours to their credit. They see their music as a way to tell the stories of their people and to share their culture with the rest of the world.

Namgar, for example, has this to say about his music: wedding and hunting praises (magtaals). Many ancient types of Buryat music are associated with the practice of hunting and raising livestock (playing duck calls, sheep’s spell), rituals of worshiping tengri (heavenly deities) and spirits ancestral rituals of shamanism (shamanic invocations).

“Also due to the nature, climate and dialect diversity in the Baikal region (Western Boriates) and the Trans-Baikal region (Eastern Boriates), the genres of these songs differ greatly in melismatic and melodic terms. For example, the songs of the Buryats of the (Eastern) steppes present the beauty of a simple melody, while the songs of the songs of the Western Buryats are complex and rich with a beautiful melismatic, an abundance of ornamentation ”, continues -she, “Being a person of the steppes, where we sing loudly, to cover the whole width of the steppe, it was quite difficult for me to learn the melisms and the vocal decorations of the Western Buryat melodies.

The variety of music on offer at Culturas 360 also means that there will be a number of curious musical instruments to listen to. But for Mozambican Lenna Bahule, her greatest instrument is her voice. Mozambique is a country still very much linked to its Nature, its cycles and therefore its primary sounds. Vocal music is therefore the essence of all other sounds and music and compositions that make this country so widely dynamic and multiple. This is exactly what I love the most about it.

Lenna, however, wishes to highlight a few other instruments. “I play the calabash in a trash can. In Guinea-Bissau, it’s called Tina. It is also known in Senegal and Mali, but played differently. I have a particular love for this instrument because it reminds me of a woman’s womb and her power to give life. I also use water, as an element and as a sound, as well as the mafahlawane, which is a kind of shoe shaker. This one comes from Swaziland but the way it is used is very common in many cultures in Africa and abroad. “And,” she concludes, “I use my body and my voice as my main traditional instruments.”

For more details and to see the performances, visit www.culturas360.com.

Holly Dickens Festival is one of Michigan’s top holiday festivals