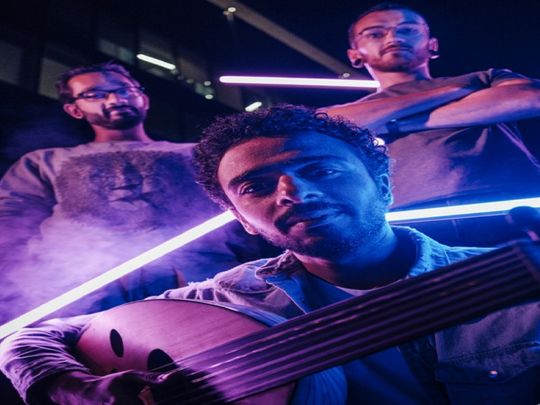 Do you miss music festivals? From this Thursday, October 7, Expo 2020 Dubai offers three consecutive evenings of music from around the world.

Discover the world through music

The first edition of the music festival will entertain concert goers with dance sounds and recitals across the world from Saudi Arabia to South Africa.

The eclectic lineup includes Kuwaiti-Saudi artist Bader Al Shuaibi, who released his debut album, “Something Different”, in 2019. A fan of never-before-seen mixes of cultures and sounds, he recently collaborated with K- pop star AleXa on the new track ‘Is It On’ as part of Spotify’s RADAR program.

Lebanese pop-rock band Adonis are celebrating their 10th anniversary this year – with their performance at Expo 2020, a perfect place to mark this milestone. Renowned for his signature Arabic lyrics and mind-blowing live performances, Adonis has amassed a huge fan base across the globe.

Originally from Durban, South Africa, Zanda Zakuza is a house and kwaito singer and songwriter who achieved great popularity after appearing on Master KG’s Skeleton Move and Prince Kaybee’s Club Controller singles. She will team up with the aforementioned musician and producer Master KG at Expo Beats, where the duo will ignite the magic of African electro.

Musical talents from Dubai and beyond

One of the pioneers of Dubai’s electronic scene from the early to mid-2000s, Shadi Megallaa continually pushes the boundaries of his music. His most recent achievement was the opening of an independent record store in Dubai, The Flip Side, a hub for the region’s music community. At Expo Beats, he shares his love of vinyl with the world.

One of India’s most beloved pop-rock groups, with over nine million YouTube subscribers, Sanam takes audiences on a trip down memory lane, promising to put everyone on their feet with an inspiring ensemble. songs and swaying.

After conquering the hearts of Quebec and international audiences with their modernized and accessible traditional music, Les Grands Hurleurs now play their special blend of folk, classical and bluegrass to the diverse crowds of the Expo, before the release of their fifth album, Ellipse.

Pioneers of contemporary dance in the Middle East, the Sima Dance Company of Damascus promises a dynamic performance. Founded in Syria in 2003 by choreographer Alaa Krimed, known for his unique works in the region, dancers have been professionally trained in Germany, Japan, South Africa, Syria, United Arab Emirates, United Kingdom and in the United States, allowing the company to benefit from various approaches to creative expression, while formulating their own artistic voice.

They are joined by the non-profit Step Afrika! Dance company dedicated to the African-American tradition of “stepping”, on a national and international tour to offer residencies and workshops as an educational tool.

A celebration of color, creativity and culture, Expo Beats invites the world on an immersive journey of traditional and contemporary sounds and rhythms in new and exciting ways, with unique new lineup each month.

A Guide to Fall Music Festivals in and Around South Florida