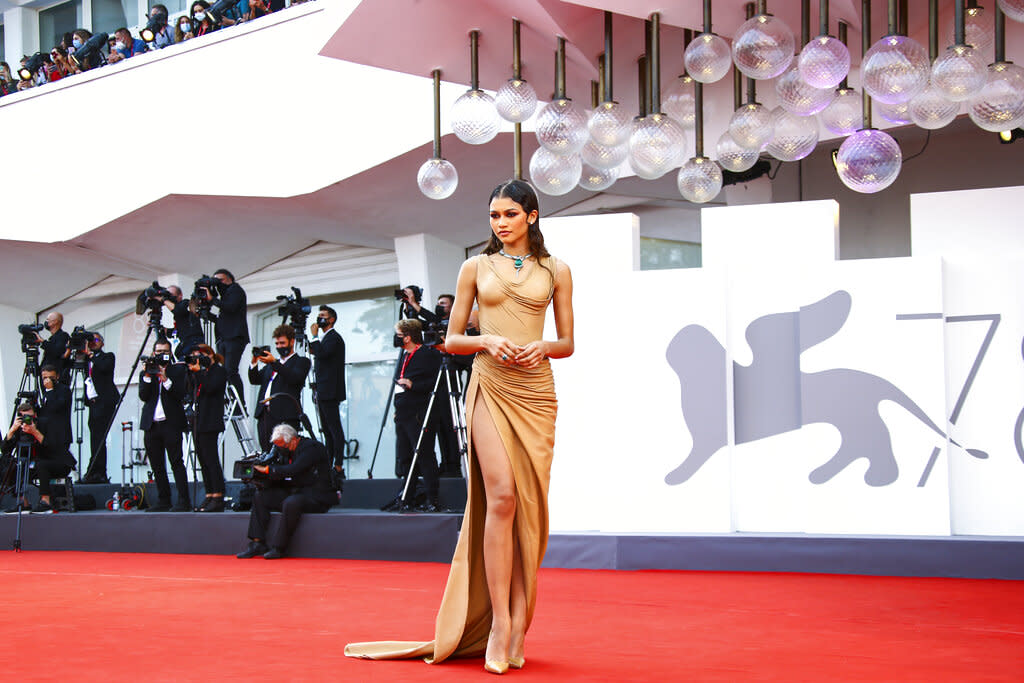 How major film festivals cast this year’s biggest Oscar contenders, from ‘Dune’ to ‘The Power of the Dog’

While the pandemic has destabilized many aspects of the film industry, it didn’t take long for a crucial element of Oscar season to find its way. After the onslaught of closures forced major festivals from Cannes to Telluride to cancel their 2020 editions, they returned in 2021 to reclaim critical launch pad roles for many top contenders. Six of the 10 Best Picture nominees premiered on the festival circuit last year, and it’s hard to imagine they could have made their way to that spot without those early nudges.

To better understand the role of the festival calendar and its impact on the calendar year, consider the contrast between the last two years of Best Picture nominees. Last year’s big winner “Nomadland” began its successful run by winning the Golden Lion at the Venice Film Festival, the only large-scale international festival to take place in 2020. Four other contenders for the best film – “Promising Young Woman, ‘Minari’, ‘Judas the Black Messiah’ and ‘The Father’ – began their life cycle at Sundance, which took place just two months before the March 2020 closings.

This time Sundance has a nominee (“CODA”), while others have been launched throughout the year in Cannes (“Drive My Car”), Venice (“Dune”, “The Power of the Dog “) and Telluride (“Belfast,” “King Richard”), with some making additional high-profile stops at TIFF and NYFF.

Each film benefited from the unique conditions of its festival launches. These films were well-suited to the specific audiences festivals attracted and often allowed stars and directors to interface with the scene in ways that laid the groundwork for campaigns to come. In some cases, these were acquisition titles that were to be relaunched later, but their initial presence at the festival still created the first leg of their awards season journeys.

To that end, none of the Best Picture nominees had a slow drumbeat quite like “CODA,” which was Sundance’s ultimate opening night treat, even in virtual festival form — a story. accessible coming-of-age film with a huge representational win in its distinctive look at the hearing teenager (Emilia Jones) in a family of deaf adults. Its landmark $25 million distribution deal with Apple may have been a straw for the world’s biggest company, but it certainly paid off from a marketing standpoint once the awards season has begun and the film was able to receive standing ovations. at Academy screenings with his talent in tow.

After winning the Sundance Jury Awards in January in addition to its acquisition news, the film had a high profile that fit into an effective campaign strategy. “CODA” had most of the year to make an impact with voters, which helped propel the film to Best Picture status in tandem with its surprise Best Supporting Actor nomination for Troy Kotsur, the first deaf actor in the category, as well as a nod to Best Adapted Screenplay.

Meanwhile, Cannes was able to regain its footing as a major platform for international cinema two years after Palme d’Or winner ‘Parasite’ made history as the first non-English language film to win the prize. of the best movie. Although its Oscar trajectory wasn’t as evident at last year’s festival, which first took place in July, Ryusuke Hamaguchi’s “Drive My Car” won a screenplay award at the festival and won received unanimous critical acclaim. This helped raise its profile as a major arthouse release long before its successful theatrical rollout in the fall, following the arrival of Janus Films and new theatrical entity Sideshow.

Another Cannes competition, Joachim Trier’s dry comedy ‘The Worst Person in the World’, took off with critics and secured distribution with Neon ahead of a strong festival run in the fall that led to wide appreciation for the work. of Sort; the film not only ended up in the Best International Film category, but also earned a nomination for Best Original Screenplay for Trier and Eskil Vogt.

Then came this autumn hallway. Telluride hasn’t missed a beat, rediscovering its influence as an exclusive launchpad for conventional Academy-suited films. Neither “Belfast,” Kenneth Branagh’s black-and-white ode to his Troubled childhood, nor “King Richard,” Will Smith’s charmer about Venus and Serena Williams’ protective father, would have maintained their momentum during a busy season if they hadn’t. ‘t stand out as the biggest world premieres at Telluride, where other major contenders showed up already showered with praise from Venice.

But the Lido did wonders for Jane Campion’s “The Power of the Dog” ahead of the film’s Telluride tribute, and added an aura of prestige to “Dune” ahead of a TIFF tribute to Canadian film hero Denis Villeneuve, him allowing it to become the biggest commercial title to score a Best Picture nomination.

Meanwhile, the Golden Lion went to Audrey Diwan’s “Happening,” which might have been rewarded if France hadn’t chosen the bolder “Titanium” as its Oscar submission instead. The film that won the Palme d’Or at Cannes a few months earlier was snubbed by the Academy’s shortlist and completely left out of the awards conversation – although Cannes quickly moved past that, with a release celebrating the “Drive My Car” success on the morning of the contest. Yet this jockey of prize candidates for the shortlist review is itself indicative of the effect of the festival circuit: the loudest festivals create market expectations for prestige titles and, with them, awards season finds its narrative form.

Beyond ‘Dune,’ TIFF helped advance several top contenders in the fall, including ‘Belfast,’ which won the coveted People’s Choice Award. Then came NYFF, where Joel Coen’s “The Tragedy of Macbeth” opened the festival (launching a successful campaign, again by Apple, for eventual Best Actor nominee Denzel Washington). “The Power of the Dog” took center stage as Campion’s entourage continued their world tour.

When it comes to other major categories, Sundance still leads the pack as it not only created ‘CODA’ but also three Best Documentary Feature nominees: ‘Flee’, ‘Summer of Soul’ and ‘Writing With Fire” (“Flee” was also part of the official selection of Cannes in 2020, when the festival was canceled). Sundance also helped raise the profile of “Worst Person in the World” by scheduling him in the festival’s Spotlight section, ensuring he continued to receive attention with festival support just weeks before the closing of the festival. vote.

It’s also worth noting that while none of the Best Actress nominees star in films nominated for Best Picture, all but one star in well-received titles on the circuit. ‘Spencer’ star Kristen Stewart worked on the Venice-Telluride-TIFF track, while Pedro Almodóvar’s ‘Parallel Mothers’ opened Venice and closed NYFF, helping secure a nomination for Penélope Cruz even though Spain decided not to select her as an official Oscar nomination.

Olivia Colman returned to the category for “The Lost Daughter,” after riding the Venice-Telluride-TIFF-NYFF wave. And Jessica Chastain, another TIFF winner, managed to secure the only nomination for ‘The Eyes of Tammy Faye’, a film which received mixed reception but undeniably enjoyed a buzzing launch pad for its star. Critics told a story; those in attendance for TIFF’s response to Chastain at the premiere saw the excitement in the room.

Still, there were four Best Picture nominees that skipped the festival circuit altogether: “Don’t Look Up,” “Licorice Pizza,” “Nightmare Alley” and “West Side Story.” However, only “Don’t Look Up” – with its formidable Netflix rewards machine at stake – seemed to benefit from this placement, if only because director Adam McKay’s apocalyptic satire wasn’t quite ready to go. time. Comedies tend to have a tough time during awards season, and it’s possible the instantaneous response from a single festival launch made it harder for this tonally ambitious cast of climate change deniers and media stupidity to find the level of support she did.

The momentum of “Licorice Pizza,” meanwhile, exists in a category of its own embodied by three unassailable letters in Oscar season: PTA. As with “Phantom Thread” in 2017, Paul Thomas Anderson and his film didn’t need festival infrastructure to stand out in the season, given the level of respect for his work wherever it surfaces.

The other two nominees had to find unique workarounds. “West Side Story” and “Nightmare Alley” both got approval from their Lincoln Center world premieres that had talent, and more than one attendee at those events said they felt like the NYFF premieres. . They were festival films that required festival launches, even though festivals weren’t available when they were.

Goldenvoice is hiring for the Coachella and Stagecoach music festivals