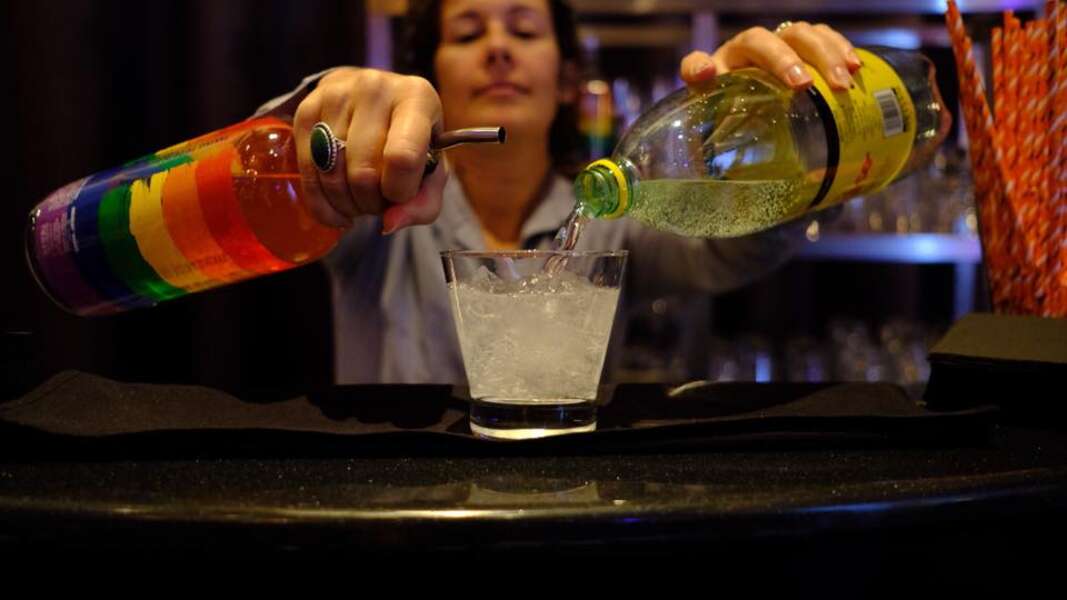 Pride + visitors to Austin = hotel shenanigans. The best places to book a stay for on-site drag events are the Fairmont Austin, the W Austin, and the Van Zandt Hotel. The Fairmont, one of Pride’s Official Partners, will be hosting a large Drag Bingo Brunch on June 26 by the Rules & Regs Rooftop Pool, then in August they will be hosting a Pride Pool Party on August 13 and Drag bingo Pride ‘recovery’ brunch on August 14th. In addition to drag brunches with Vylette Ward, the Ws will be moving their Living Room Sound Check series to their WET deck featuring musicians from the LGBTQIA+ community. This will also partner with a non-profit organization to celebrate Pride (more details to come). Finally, Van Zandt will host two pride-themed pool parties, one on June 26 for National Pride Month and another on August 14 for Austin Pride. The drinks will be sponsored by Bacardi, Bombay, Gray Goose and Patron, with entertainment details to be announced.

Fuel up in gay bars

Austin’s gay bars keep the pride flag flying year-round, so expect things to get even more festive around the official dates. Top bars include Rain On 4th for the general public (look out for their Pride Pagent on May 25); The Iron Bear, a bear-owned and operated bar, welcoming to all with great drag shows; and Cheer Up Charlie’s, a colorful queer bar with a vegan food truck, large outdoor music room, and organic juice cocktails. Join the Pride Crawl if you’re here in June, where you’ll browse a bunch, make new friends, and support The Trevor Project while doing it.