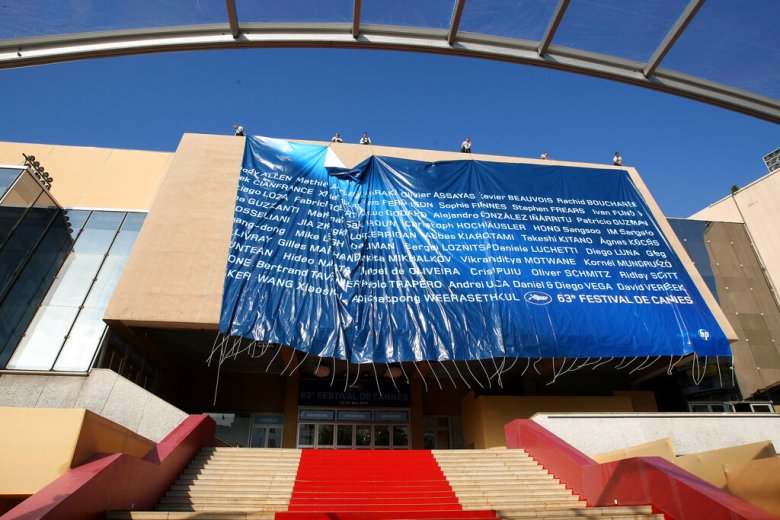 While the industry relies on programmers, they have never been treated as more disposable. What would it take to change that?

With layoffs at Netflix and management changes at Warner Bros. Discovery, the needs of film festival programmers may seem low priority. At least that’s the kind of thinking that has created a huge predicament for this profession, and one that has become acute as festivals cut budgets to attempt post-COVID comebacks.

A few weeks ago, this column addressed how the craft of programming has been marginalized by the industry, and at Cannes last month, many people told me they were crying out for a sequel.

For the slice of the filmmaking community that doesn’t operate on multimillion-dollar marketing budgets, festivals are an essential launching pad. The international festival calendar is back, as Cannes has made clear. The cocktail parties showed everything from upcoming editions of Locarno in August to TIFF in the fall, the latter bringing the majority of its strong new programming team to the south of France.

Cannes was brimming with confidence about the need for in-person festivals around the world. Over the first weekend, I moderated a conversation about the future of festivals with 30West executive Trevor Groth, who served as Sundance’s programming director for years, and asked him to respond to information that the Park City event planned to keep its hybrid format next year. .

“It’s a tough question,” he said. “One of the things they said is they’ve reached more people than ever before, which is a good talking point. But what impact has that had on those people versus at the festival in person? There was a certain type of film that I didn’t like until I went to a film festival. Certain types of films, if they are shown at a festival, you savor them and enjoy them in a different way. I think that happens a lot more at film festivals than with someone streaming it at home, when they might not have the patience to to end.

As Groth points out, festivals advocate that certain films have a place in the culture and business of cinema.

But there is little support system for the people who choose these films. World United Programmers, a loose consortium of programmers from around the world, held a packed happy hour on the first day of the festival where frustrations over lack of infrastructure and respect for the profession were rampant. However, I detected few mobilization efforts.

An upcoming report from the Film Festival Alliance examines the staffing, labor and compensation of festivals, primarily in the United States (the full report will be released later this month, but the organization tells me about it). ‘sent in advance). Participating festivals were not named, but the sample size is formidable: 108 film organizations participated, most of which had annual operating costs of over $500,000.

Most festivals with revenues of $100,000 or more used staff and independent contractors (16% of festivals are run entirely by volunteers). The report includes remarkable details on the operational structure, inclusion efforts, and even vaccination policies.

But for the purposes of this column, I was struck by details regarding the financial security of programming staff. According to the survey, compensation for programming directors at these festivals ranges from a low of $500 (insert shock emoji here) to a high of $240,000 (same); Additionally, the report shows that festivals often spend up to half of their revenue on paying directors.

Meanwhile, so many programmers are assembling their profession piecemeal that festivals are building their budgets around the notion that programming is a disposable piece of a larger whole. As festivals rework their budgets around pandemic-era cuts, work has never looked more vulnerable. Many festivals struggle to build a programming team that supports year-round work, which devalues ​​the programmer market as a whole. (Disclosure: IndieWire is owned by Penske Media, a majority shareholder of SXSW, which has a year-round programming staff in addition to freelancers.)

When I wrote in this weekly column about the layoffs at the Rotterdam International Film Festival, the festival said in an official statement that it was working to create a more sustainable infrastructure that took into account its 2 millions of euros. At Cannes, IFFR announced its new programming team and its executives said they were finally ready to talk. So, the first weekend of Cannes, I popped into the Netherlands pavilion to sit down with IFFR General Manager Marjan Van der Haar and Artistic Director Vanja Kaludjercic to get their side of the story.

“We looked closely at how much a healthy and sustainable percentage of the budget would be the cost of staff,” Van der Haar told me, adding that they looked to the structures of other European festivals operating on a scale similar, including San Sebastian, Locarno and IDFA. “Then we went back to the drawing board to create an organization capable of achieving our future goals.”

Outside of Kaludjercic, the new programming staff is made up entirely of seasonal contractors. “Financially, this is how we can ensure that we are in a healthy position for the festival that we want to organize, which is still on a large scale,” Kaludjercic said.

She added that the independent staff structure was an outgrowth of her own experiences. “My career was exactly like that until just a few years ago,” she said. “I understand its precariousness, but I also understand how many opportunities it has given me. If it hadn’t been for the wide variety of independent gigs, I wouldn’t be where I am. am today I lived in many places that were really expensive I know what it’s like when you juggle I don’t know how many gigs and nobody pays but I managed to learn programming because for many years I programmed in different places.

This is a business that requires excitement and passion to justify the hard work, but the outcome of IFFR’s belt-tightening is symptomatic of a greater existential threat to the profession. Elsewhere in Cannes, I ran into Ava Cahen, the new artistic director of La Semaine de la critique, 35, whose entire programming committee works on a voluntary basis.

“I’ll work on that,” she told me. “When you engage in this work, you have to balance it with other work that generates income. It’s a job of passion, but we need a selection committee that doesn’t put them in a precarious position.

The irony of all these discussions was the image of Cannes director Thierry Fremaux living like a rock star in Cannes, working the red carpet every day and cavorting with talent under the gaze of the crowds. Fremaux embodies Cannes and the decision-making process behind the official selection. Some programmers I know have denigrated the festival for not opening up its team to more input from the international programming community. “They’re protecting the sellers,” one veteran scolded me, insinuating that Cannes’ selection process has more to do with the preferences of film sellers than those who officially select them.

Maybe. But the potential for Cannes to elevate the work of a festival programmer to movie star status is also quite incredible and worth considering by the rest of the industry: programmers serve as the web of bonds between talent and the festival environment. This is not a disposable role; it’s the one that makes a festival interesting in the first place.

But it’s not one that the festival’s current business model treats as a priority. The problem this creates goes beyond maintaining the status quo. This undermines the potential to attract new talent to an area that badly needs diversification. If we want a better representation of the rising voices of the cinema, we must invest considerably in the work of programming these films.

If festivals cannot afford year-round staff, the industry should rethink how it allocates its resources to support this profession. It is not enough to sponsor the festivals themselves; a separate fund may be needed specifically for freelance programmers, and a governing body to determine how to allocate those funds. This could help programmers who can check their employment status at multiple festivals, easing the pressure on individual festivals to come up with Tetris-like solutions to retain staff.

Who is best placed to organize such support? On the European side, I bet on the International Federation of Film Producers, which represents the needs of major festivals but which has not yet defined its curatorial role. In North America, the Film Festival Alliance has already raised the question of how festivals could better share resources when their programming teams overlap. They would be well placed to formalize this concept with a centralized fund.

The question of who pays for all this is more difficult. As the industry looks to a future that treats in-person festivals as a crucial part of their existence, major distributors and other festival-dependent entities should consider how certain aspects of their annual budget might support people whose programming efforts fuel their operations. . Contribute to a collective fund and everyone will benefit: festivals retain better programmers and festivals expose audiences to the best films, allowing the industry to support a wider range of cinema.

I don’t expect Netflix or Warner Bros. Discovery prioritizes programmers’ salaries while accommodating their vast expectations for results, but this speaks to the disconnect between the field of programming and the industry that benefits from its work.

There are countless grants and other initiatives to support filmmakers; there could always be more. But once those movies are made, someone has to give them the platform to see them, and current evidence suggests that if the industry doesn’t spend money to support that process, no one else will. will do it.

Is there another way to support the programming area by centralizing resources? Or is the profession doomed to collapse in a sea of ​​discontent? Send me your solutions and I might elaborate on them in a future column: [email protected]

Register: Stay up to date with the latest film and TV news! Sign up for our email newsletters here.