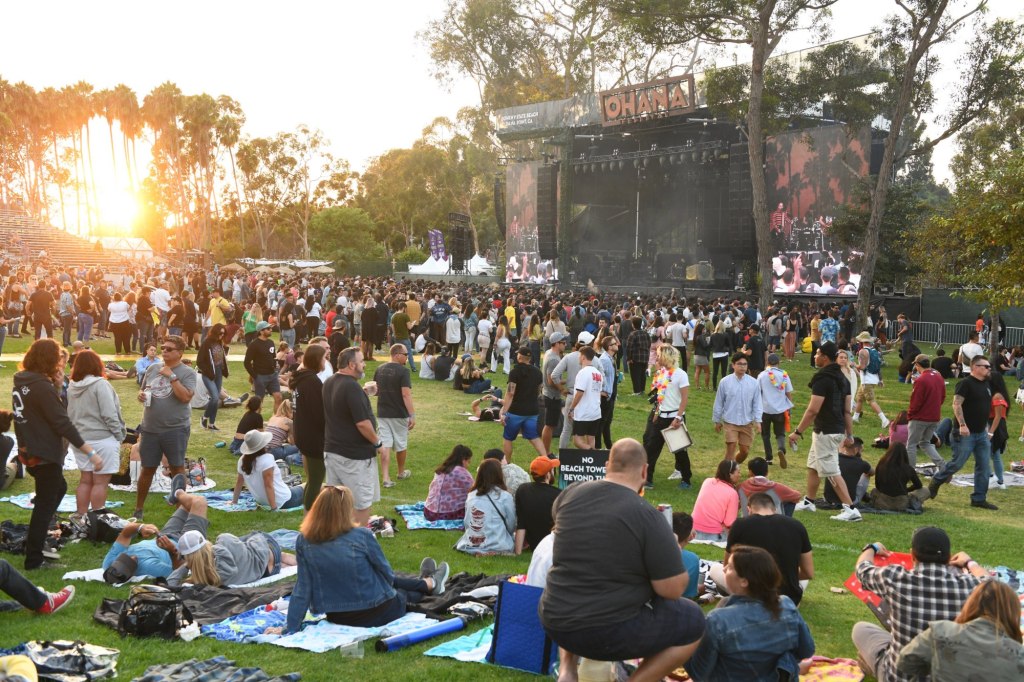 Festival Pass is a newsletter that arrives weekly in your inbox. But during the high festival season you also get bonus editions! Subscribe now.

Not surprisingly, we have more COVID-19 protocol changes this week.

In Los Angeles County, a new health order requires masks at outdoor â€œmega-eventsâ€ with 10,000 or more people. This includes concerts and sporting events.

Some Festival Pass readers have emailed asking about Ohana’s policies, which take place at Dana Point in September and October, and we also have an update on what they’re doing.

(By the way, if you’re planning on going to something indoors in California, the state requires vaccines or negative tests for events of 1,000 people or more as of September 20.)

And a festival is not on the calendar at the moment. This weekend’s Electrica Festival at USS Iowa in San Pedro has been postponed because #delta.

In better news, jump into our time machine and return to Long Beach in the early 80s with South Bay punk band The Descendents or to LA at the turn of the century to reflect on the underground hip-hop scene that has thrived with Club Elements.

Subscribe to our Festival Pass newsletter. Whether you’re in Coachella in perpetuity or prefer to watch from afar, receive weekly dispatches during Southern California music festival season. Subscribe here.

The debut of the new Electrica Festival was scheduled to take place on August 21 at USS Iowa in San Pedro with performances by Los Tucanes de Tijuana, Kinky, La Santa Cecilia and more. However, the current wave of coronavirus has forced organizers to postpone the event.

The Ohana Festival at Dana Point and its spinoff Ohana Encore the following weekend updated their COVID-19 policies. Proof of full COVID-19 vaccination or a negative test will be required for entry. Get the details on the festival’s COVID-19 protocols.

We have lots of news from the upcoming BeachLife Festival in Redondo Beach. First of all, full COVID-19 vaccination or negative test will be required for entry. The festival also announced three great chefs from southern California who will cook for the pop-up restaurant on stage this year.

The last episode of Can’t Feel the Heat is about Travis Scott and Rage Against the Machine who are returning to headlining the Coachella Valley Music and Arts Festival in 2022, and who will be the third headliner. We’re also talking about how we’ll be joining Frank Ocean in the lineup in 2023. Find out at Apple podcasts and Spotify.

Club Elements was at the epicenter of underground hip-hop culture in LA in the late 1990s and early 2000s, hosting Dilated Peoples, Hieroglyphics, Jurassic 5 and more. Journalist Richard Guzman met with influential founders on the night about a new documentary on Club Elements.

South Bay punk band The Descendents will perform with Rise Against in Irvine this weekend, but journalist Richard Guzman spoke to frontman Milo Aukerman about the band’s early years and a new album that features songs the band wrote in a Long Beach garage 40 years ago.

Have the Festival Pass delivered to your weekly inbox.