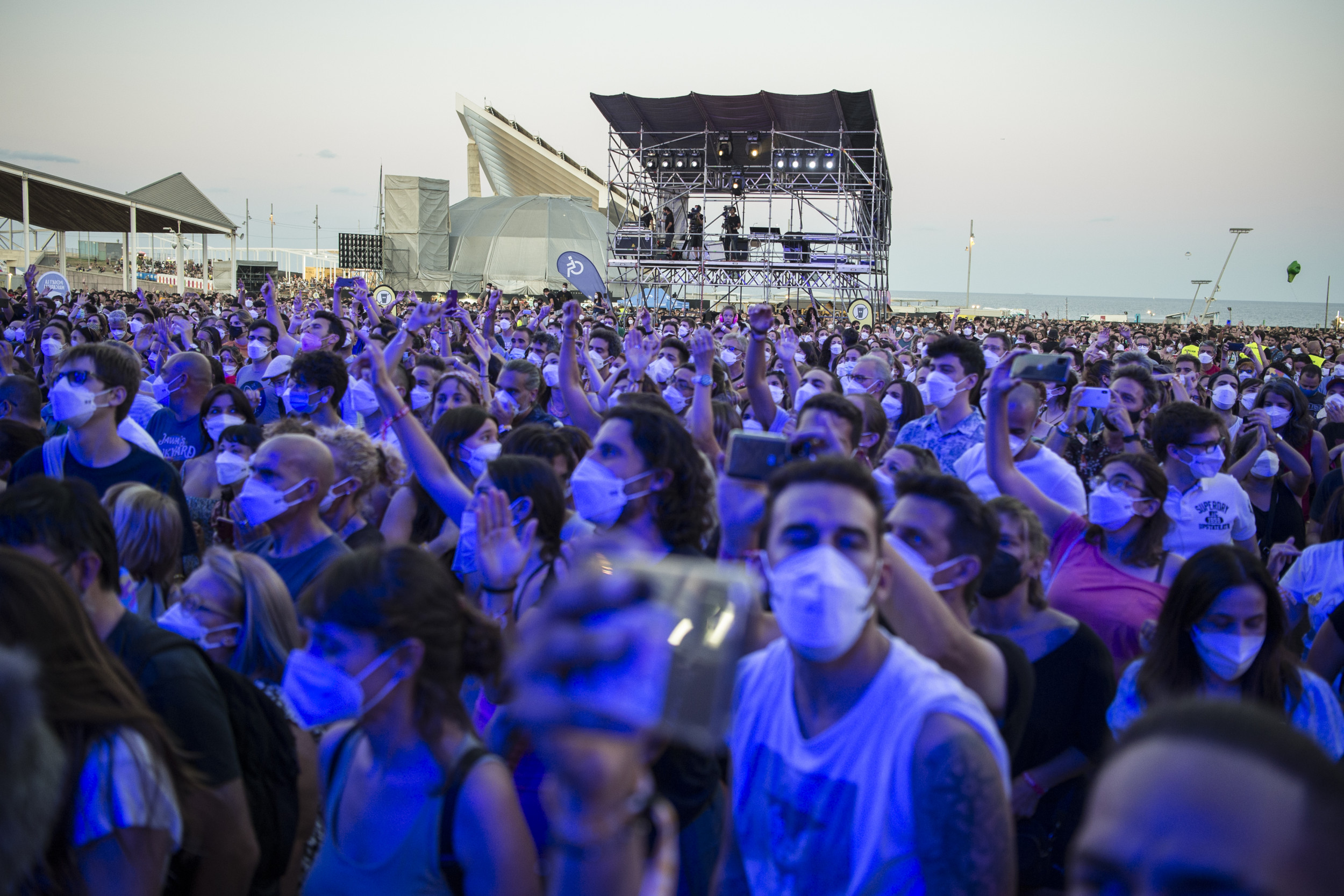 A total of 2,279 people who attended three music festivals in Catalonia last month ended up testing positive for COVID.

Tens of thousands of people showed up at the Vida, Canet Rock and CruÃ¯lla festivals in early July and had to take antigen tests to attend.

Once inside, no social distancing measures were in place, but participants were required to wear a mask.

The festivals had been set up on the basis of pilot tests, but the positive cases ended up exceeding researchers’ expectations.

After the festivals ended, the Catalan government launched a survey to see how many of the nearly 50,000 festival-goers caught COVID over the next 15 days.

According to the Spanish language El PaÃ­s newspaper, which saw the results of the study, 466 Vida participants tested positive, as did 956 for Canet Rock and 857 for CruÃ¯lla.

The final total represents 58% more infections than expected and 76% more than what was measured in a control group, El PaÃ­s added.

The festivals took place at a time when cases of COVID in the region were already on the rise.

In a press release regarding the results of the Health Ministry’s study on festivals, the Catalan government said it hoped the research “provides valuable information to improve protocols and security measures for activities. and overcrowded festivals in the future “.

The government added: â€œAs explained by the Secretary of Public Health, Carmen Cabezas, at the time of the opening of the summer, and in a context of 8,000 cases per day, the festivals were only one one more factor among all that have happened in this moment. “

Catalonia, an autonomous region of Spain, is currently experiencing what has been described as a fifth wave of infections spreading across the country.

In an interview with El PaÃ­s on July 28, Catalan Health Minister Josep Maria Argimon said the wave had “very different characteristics from previous ones” and mainly affected young people and people with greater economic capacity.

As of Wednesday morning, EDT, Spain had reported 264,575 new cases of coronavirus in the previous 14 days.

Meanwhile, last weekend about 385,000 people attended the Lollapalooza music festival held in Chicago, according to a police press conference cited by Block the Chicago club.

First Deputy Superintendent. Eric Carter called him “one of the safest Lollapaloozas we have put in place in recent years.” Tina Tan, professor of pediatrics at Northwestern University Feinberg School of Medicine, said The Guardian newspaper, “You are going to get a transmission of the COVID-19 Delta variant” as so many people are together without social distancing or masks.

Photos from the event show large, maskless crowds gathering to enjoy the performances. Lollapalooza tweeted after that 90 percent of participants were vaccinated.

Houston has one of the coolest film festivals in the world