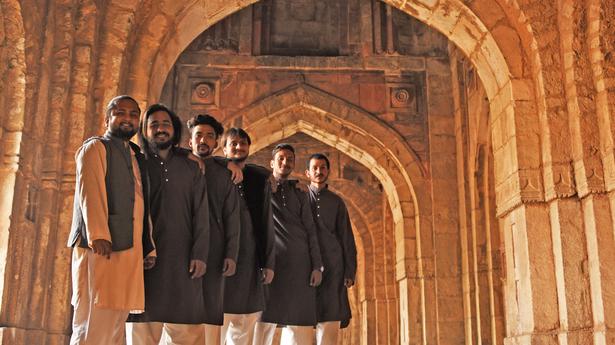 Music festivals around the world unite online for Culturas 360

Jihyun Park is aware that her audience this weekend may include many people who have never experienced traditional Korean music before. With her musical partner Minyoung Kim, she forms the South Korean musical duo ReMidas, which will join 17 other independent artists from countries such as Mozambique, Chile, Canada, the United States, India, Mexico, Portugal and even more during the third edition of Culturas. 360, an online music festival.

By e-mail from Seoul, she describes her favorite instrument which helps her bring a contemporary twist to traditional music. Made from a hardwood tree native to Southeast Asia, the ‘Gayageum has a large rectangular Paulownia wood base. It had 12 silk strings originally, but these days it has been improved, so 25 string Gayageums have also been developed and are used a lot nowadays,” she writes.

For his part, his companion Minyoung Kim will bring the magic of the Geomungo, a six-stringed instrument. “It’s a percussion instrument that produces sounds with bamboo sticks. The meaning of Geomungo is ‘black string instrument’, so named because a black crane was flying and dancing when the instrument was first invented,” Jihyun explains.

The duo is deliberate in their quest to create improvised contemporary music with the use of traditional Korean instruments, while drawing influences from multiple current and ancient cultures, including their own. It’s an ideal that bears an uncanny resemblance to that of Rehmat-E-Nusrat, a Qawwali band based in Uttarakhand, India, who pay homage to Nusrat Fateh Ali Khan and other big names while creating their own compositions. and advancing the story of Qawwali. todays time.

Sarvjeet Tamta, Founder and Lead Vocalist of Rehmat-E-Nusrat, reiterates Sufism’s role in promoting peace and explains how, in today’s climate, embracing the music of Qawwali alone is not enough. The group, since its formation in 2014, has performed on prominent stages across the country, including leading social and literary festivals. This weekend, however, Sarvjeet can’t wait to sit back and enjoy the magic of musical forms he’s never experienced before.

Rehmat-e-Nusrat and ReMidas (the latter supported by Chennai-based InKo center) are two of the musical talents brought to this stage by India’s IndiEarth Xchange festival. The third and final act on its roster is Mauritius-based seggae fusion band (a mix of reggae and sega, the traditional music of the Mascarene Islands) Jerry N The Resistance.

Other acts include KUNÉ, a Toronto-based orchestra that features musicians and instruments from countries as far afield as Ukraine, Pakistan, Burkina Faso, Cuba, Greece and Peru. Sometimes referred to as Canada’s World Orchestra, KUNÉ includes musicians who hail from all of these countries and more, but currently reside in the Greater Toronto Area.