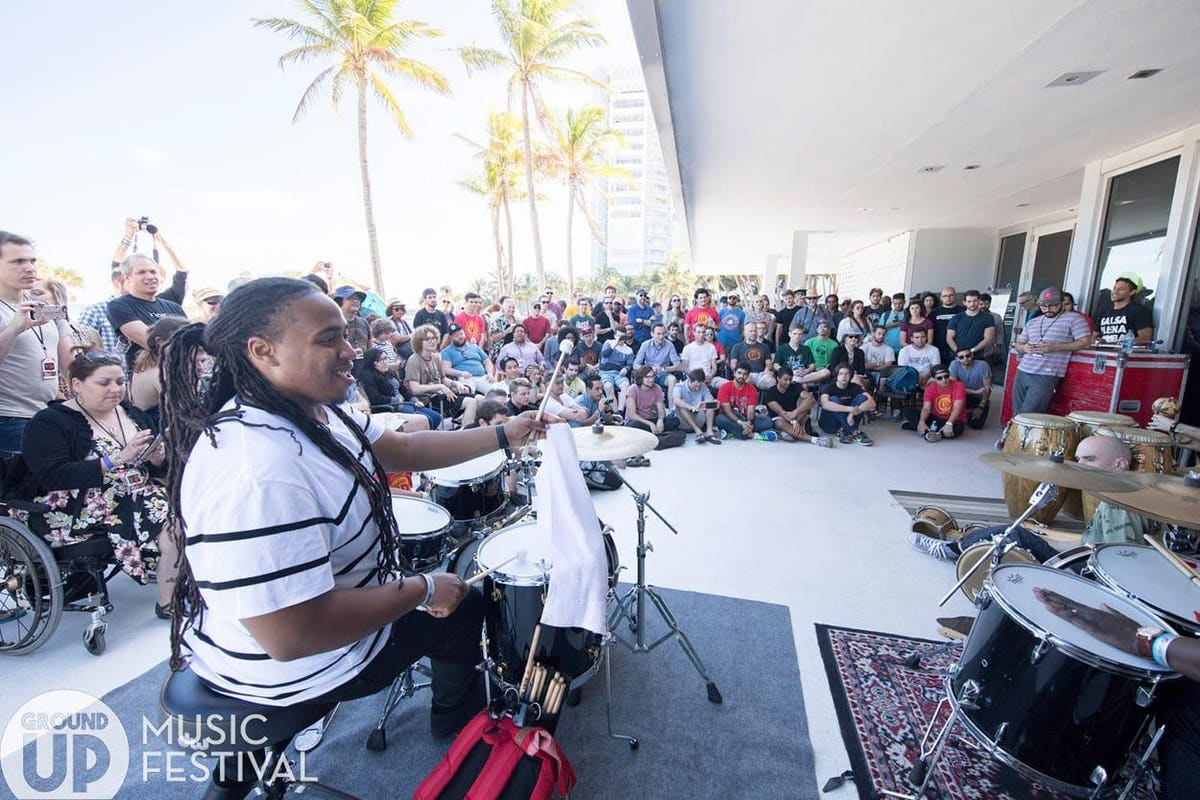 Festivals are in full swing, and what better place to attend than in Miami, the Magic City, a hotspot for cultural and musical gatherings tthanks to its good weather, beautiful beaches and excellent nightlife.

Live in Miami or want to travel there soon? Here are three festivals to put on your calendar:

Ready to dance to those Thanksgiving calories? Art With Me will debut in Miami the weekend after Thanksgiving, and if its success in Mexico is any indication, it will certainly be a good kickoff to the holiday season. Operating under six main pillars – art, music, cuisine, wellness, culture and education – Art With Me will have over 200 activations, including large-scale artistic and interactive events. “When we say art we mean large scale art activations, interactive art, body art, classical art, art classes, live art, art laser, digital art, an art fair, art in all its varieties, â€explains the festival. There will also be a wellness program with yoga, and oh yeah, around 65 performers on 4 stages, with music playing until 3 a.m. each day. Programming includes Lee Burrige presents All Day I Dream, Tycho: ISO50, Sublime with Rome and Cultura ProfÃ©tica, among others. The place, Virginia Key Beach Park, offers a setting of sandy beaches and green spaces.

If you’re looking for a small, local festival that packs a punch, check out the GroundUP Music Festival that takes place in North Miami Beach. It attracts supporters and participants from 54 countries, resulting in a diverse, interesting and passionate crowd. The main performances take place in the cozy and charming North Beach Bandshell, where proximity to the stage is inherent, but guests can get even closer during GroundUP’s intimate side sessions, which incorporate Miami’s beautiful natural offerings with things like acapella by the sea.

â€œGroundUP breaks the traditional festival mold by breaking down the separation between performers and audiences and creating a platform where musicians can learn and interact with their favorite performers with intimate workshops and discussions on the beach,â€ says the festival. Now in its fifth year, the 2022 event is being led by four-time Grammy Award-winning musical collective Snarky Puppy, who will launch their new album at the festival.

You just missed this one, but if you’re looking for a trendy urban festival in an arts district, put III Points on your calendar for 2022. The lineup won’t be announced until next summer, but rest assured it has plenty in store. major national books and international groups every year; last October, The Strokes, Rufus Du Sol, Khruangbin, Three 6 Mafia and Wu Tang Clan were among the headliners. Multiple scenes are strung across a series of city blocks in Wynwood, creating an alluring urban vibe, with warehouses covered in murals serving as the backdrop to the stages, community spaces, and vendors. While the large crowd (around 40,000 over the weekend) is mainly due to the notoriety of the national acts, there is a strong local representation, with up to a dozen acts from Miami and South Florida. also.