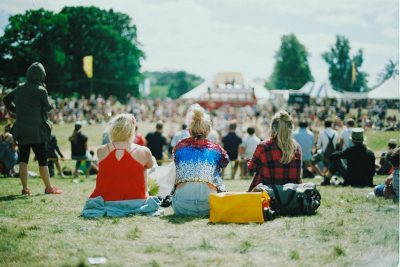 A lot of the things we were doing before the pandemic no doubt came to light for me.

For example, bowling: sharing shoes, sticking your fingers in greasy holes, eating with your hands in a public place, using those same hands to handle the same balls. Yuck.

What I once thought of as a fun activity with friends has become one of the most unsanitary processes I can think of, and I think many would agree.

Yet my brother returned from a competitive night of bowling with his friends on a weekday, only to report that the lanes were packed to the point where they had to queue. He complained about his wait, wondering if everyone really need to bowling right now. I called him a hypocrite.

Although COVID-19 is approaching its second anniversary, not much has changed other than the addition of a new Delta variant. Yes, we are vaccinated, but at rates much lower than I expected nationally. Wearing masks, washing your hands, and social distancing are still highly recommended as life gets somewhat normal again – including a return to the activities we once loved.

Concerts and music festivals are among the favorite pastimes of many people, which is why the cancellation of music festivals and concerts in 2020 has devastated audiences. A year later, concert halls across the country welcome many enthusiastic guests.

Three weeks into the semester and my social networks have already been inundated with Instagram posts, stories and snapchats from people from the insanely large crowds at music festivals and concerts. Having been housebound in the past, seeing an audience number with so many zeros makes me almost claustrophobic. And, the actual footage from some of these music festivals really made me crawl my skin.

Just as our local bowling alley required my brother and his friends to wear masks and disinfect the bowling balls after they left, changes were made to the scene. This year, music festivals, such as The Governor’s Ball at Citi Field in Queens, have required either full proof of vaccination or a negative COVID-19 test within 72 hours of entry. In certain places or during certain tours, masks have also been compulsory.

However, I find it hard to believe that COVID-19 restrictions, such as wearing masks, were strictly enforced all the time, only due to the large number of people present.

Speaking of attendance, Harry Styles has sold tickets to many places on his “Love on Tour” concerts as one of the artists to return in person to their fans this year. However, he received backlash for doing the â€œWhale Blowâ€ – the singer’s well-known movement where he spits his water into the air – at the concert, where his fans are crammed underneath. He then throws his used bottle into the crowd, causing a frenzy.

I think the action itself is a little unsanitary to begin with, and I appreciate that even his fans have taken to the internet to tell him that maybe now is a good time to ignore his imitation whale.

I think if I asked most people if the gig was worth it, they would say yes. Because who wouldn’t want to see Harry Styles live, even if it costs them a little cough? But even if it doesn’t affect you personally, you could affect others and put them at risk.

As someone who has already been contacted for COVID-19 twice this semester – doing nothing but going to class and club reunions – I now feel more than ever that the vaccine is failing us. is not fully immune. On the contrary, I feel more at risk now than last year, even after the double dose of Pfizer.

I think everyone – myself included – likes life slowly coming back, and nothing makes me feel more alive than music. We’re all fed up with this pandemic conversation and would love nothing more than to be with friends, shouting out the lyrics of our favorite artist in a cute outfit. But as I hear that another distant family member of a friend has fallen seriously ill or died from COVID-19 as people crowd the stadiums like sardines, I think we must ask ourselves an important question: does everyone really need to enjoy live music right now?