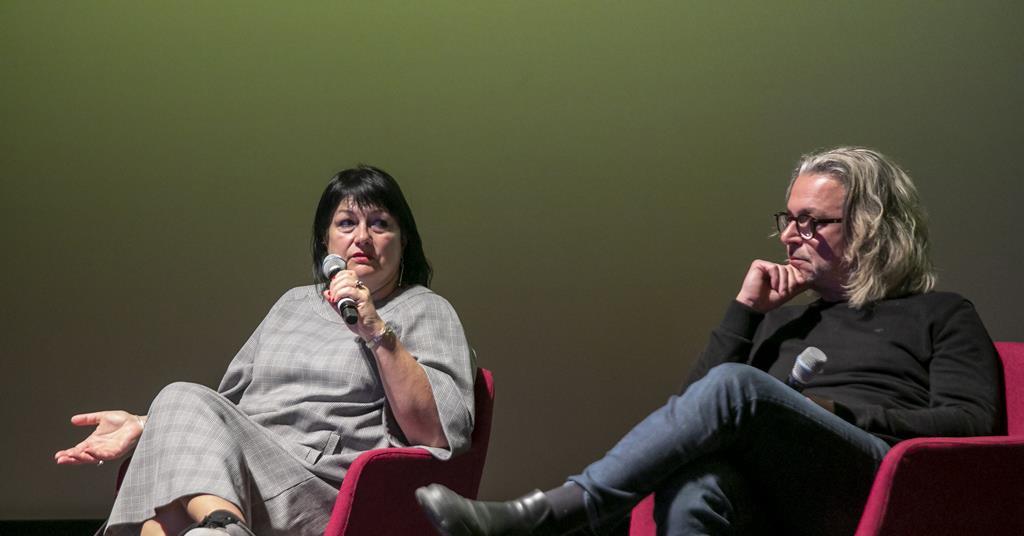 What is Pablo Larrain’s spencer and Kornel Mundruczo Evolution the two have in common?

Technically, they are German films because they have German producers – respectively Komplizen Film and Match Factory Productions – as majority partners in the co-production structures.

But German film critics find it hard to convince and report with almost undiluted Schadenfreude that “again, there is no German film” when major international festivals announce their lineups.

As German Films CEO Simone Baumann explained, Germany was a partner on no less than 21 titles on the Cannes festival program – albeit as a minority co-producer – in addition to Mundruczó and Sebastian Meise’s film. Great Freedom (a predominantly German co-production) which opened this year’s Filmfest Hamburg last Thursday.

She admitted that it had “not been satisfactory” that there was no majority German production with a German director in the festival programme.

But, at the same time, these films are good publicity for the attractiveness of the German production landscape and the willingness of its producers to serve as co-production partners on projects around the world.

Meanwhile, there was consensus among the speakers on the panel, which also included Berlin-based sales agent Andreas Rothbauer of Picture Tree International, writer-director Feo Aladag and UK-born film editor and Hamburg-based Andrew Bird that overly strict film funding guidelines have a negative impact on the types of films produced due to the constant need to meet certain criteria such as cultural testing and regional “economic effects”.

Rothbauer quoted Stefan Ruzowitzky Counterfeiters as an example of the standoff that can break out between countries each claiming a production as “their film”.

The film was a 50-50 co-production between Germany and Austria, “but then it won the Oscar and there was the question of who would throw the party in LA? Would it be the Austrians or the Germans? recalls Rothbauer. (It was the Austrians.)

And the suggestion that German comedies don’t travel prompted him to offer the counter-argument of Fack Ju Göhte that Picture Tree has sold in over 40 countries.

“In a small country like the Czech Republic, it made more than 300,000 admissions while [the Hitler bunker drama] Fall only had 40,000,” he recalls.

Inevitably, as on most film industry panels in Germany, discussions constantly returned to the pros and cons of the German cinema funding system, with the dominant position of German broadcasters as gatekeepers deciding which projects might even be considered. to seek financing first, as well as the concentration of funds on production support instead of investing more in the development of projects and scripts.

It remains to be seen whether a reform of the current German Film Act (FFG) will have positive effects on the international presence and relevance of German cinema. In any case, it would be a welcome sign if more money was invested in the international promotion of films “made in Germany”.

Currently, only 1.8% of the 450 million euros made available by federal and regional funding bodies is spent on international measures, including German films.

In addition to calling for changes in funding structures and criteria, perhaps the country’s filmmakers and producers should also be encouraged to change their minds in the future if they want to be on par with their counterparts in other countries.

Baumann said she regrets that few producers think in international terms when developing their projects. “At German Films, we see too few majority German productions in development even to participate in international markets during pitches, works in progress and other industry sessions.”

Having worked as a producer on numerous international co-productions before joining German Films, Baumann knows the value of these industry events as a way to test the market with a project to gauge its potential.

To this end, the promotion body has embarked on cooperations with initiatives such as Torino Film Lab and Rotterdam Lab so that producers can already get in touch with the festival’s programmers and commercial agents while their project is still in the development stage.